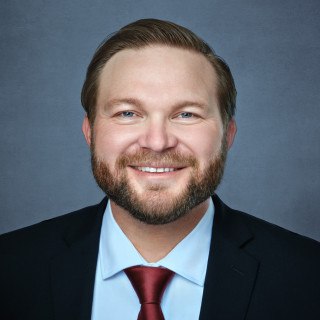 Review This Lawyer
Compare Save
Client Reviews
Sandra G. April 29, 2021
Divorce, childsupport and custody Jeremy is an amazing lawyer. He helped me through my difficult divorce, child custody and child support. Since I live in Germany it was really hard to have a divorce going on in Marin county but Jeremy explained and helped me with everything and was available to me way beyond his usually working hours (time difference of 9 hours!) The divorce went very well, thanks to Jeremys dedication. I can highly recommend him as a lawyer!!
View More
Cesar M. March 16, 2020
Highly Recommended Jeremy was the best decision that my family and I had ever done. Jeremy is fairly new in the field but he is aware and very knowledgeable of the law. When he didn't know something he would find the answer and do his research. Lawyers can get expensive but Jeremy was willing to work payments for me, which helped me and my family financially. Jeremy is professional and always had great follow up (Via Email and Text). Jeremy The main reason we chose Jeremy is because he relates to his clients on a personal level and understands the different issues that people struggle with on a daily basis. Thank you Jeremy for all the help and making our life normal again.
View More
Read All Client Reviews
Badges
Claimed Lawyer Profile
Biography

Jeremy is an honorably-discharged U.S. Coast Guard veteran who served his country from 2007 to 2014 aboard the Coast Guard Cutter Munro (WHEC-724) homeported out of Kodiak, Alaska, and as a Marine Science Technician in Alameda, California and Paducah, Kentucky.

After becoming a parent while stationed in Paducah in 2013, Jeremy separated from the Coast Guard to return to the Bay Area to establish a relationship with his son. At that time, Jeremy’s primary goal became to attend law school in order to help those parents who care deeply about their children, but struggling to establish a relationship and custody of them. Jeremy’s passion quickly became pursuing a career in the legal profession allowing him to do that which he is so passionate about and contribute to keeping families together.

As a parent, Jeremy understands the stress and trauma associated with child custody and child support disputes. More importantly, Jeremy understands the heightened-degree of importance and sensitivity of these disputes to those parents who try so hard to be involved in the lives of their children, but for one reason or another are blocked from doing so and whose great and valiant efforts often go unnoticed.

Based on his experience at the Family Violence Law Center in Oakland, a non-profit organization dedicated to cases involving domestic violence, Jeremy understands and empathizes with those who have fear of leaving an abusive relationship.
Prior to opening his office, Jeremy worked for Roberta Laub-Rode of Amigos Immigration in San Rafael where he provided assistance to dozens of clients in preparing their Special Immigrant Juvenile Status (SIJS) immigration matters in counties throughout the San Francisco Bay Area.

Throughout his childhood, Jeremy’s father, a Colombian native, only spoke to him in Spanish. Thanks to his father, extended family in Colombia, his multiple trips to and sixth-grade year in Arauca, Colombia, Jeremy is now bilingual and fluent in Spanish.