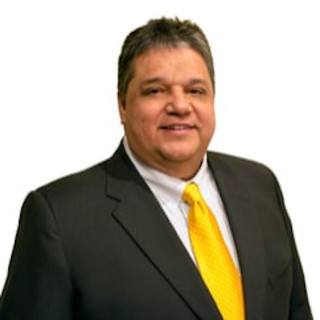 Jeffery Galbreath is experienced in and practices many types of both criminal and civil litigation with particular focus on personal injury. He began his law career in 1987 at the age of 17. It was then that he was first introduced to personal injury claims while working as a paralegal for a plaintiff's personal injury law firm in Abilene. Jeffery continued in his capacity as a paralegal until he became a lawyer and partner in the firm. His many years spent working as a paralegal for a plaintiff's personal injury firm gave Jeffery a unique perspective and honed his skills to the complexities involved in personal injury claims. He is honored to put his experience and skills to work to help those in need of assistance. He has been successful in helping many people and always treats each and every claim with integrity and compassionate attention. Jeffery received his Paralegal Certification from Abilene Christian University in 1993, his Bachelor of Arts from McMurray University in 1996 and his JD from Thomas M Cooley Law School in 2000. He was admitted to the Texas State Bar in 2001. He is a member of Delta Theta Phi Law Fraternity, International, Million Dollar Advocates Forum, Member of Texas Trial Lawyer Association and the State Bar of Texas. Jeffery was born Abilene Texas at Dyess Air Force Base, traveled elsewhere with his family, returning to Abilene in 1986. He has since made Abilene his home. Jeffery and his wife Toni have 3 children; Andrea, Austin and Dallas. Education: Bachelor of Arts Paralegal, McMurray University, 1996 Juris Doctor, Thomas M. Cooley Law School Paralegal Certification, Abilene Christian University, 1993 Professional & Bar Association Memberships Delta Theta Phi Law Fraternity Member of Million Dollar Advocates Forum Member of Multi-Million Dollar Advocates Forum Member of Texas Trial Lawyer Association

If you're injured you need a tough lawyer on your side to help deal with the insurance company. We're confident in our skills to win your case. In fact we don't charge you a fee unless we bring a check to the table. Have you been injured due to an auto accident, construction site accident, motorcycle accident, dog bite, medical malpractice, work place accident, or an oil field accident? Contact us today! 325-437-7000

If you've been arrested you need an experienced Criminal defense attorney. Call Jeffery Galbreath at the Galbreath Law Firm now. He will go over your case thourouly and start the process of helping you with the best criminal defense possible. At the Galbreath we offer affordable prices, and will work with you with a payment plan. If you are facing criminal charges act FAST. Call us today to schedule your free case evaluation. 325-437-7000.

galbreathlawfirm.com Jeff Galbreath explains different questions he will answer. At the Galbreath Law Firm helping injured Texans is what we're all about. Typical questions after an injury are, who's going...