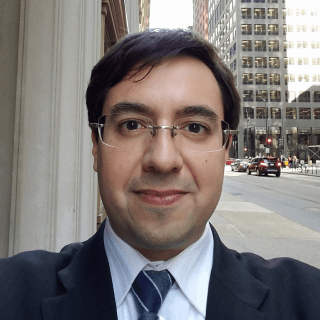 Jason Spangehl is the Principal Attorney at the Law Office of Jason Spangehl in Urbana-Champaign, Illinois. For nine years this practice has exclusively addressed immigration law in one of the fastest growing immigrant academic communities in the United States.

Jason brings nineteen years of experience in education at every level from elementary through post-secondary to his practice, including broad experience as an instructor at the elementary, secondary, and post-secondary levels, as a college administrator. He also works as executive consultant to senior administrators and governing boards at Universities across the country through his separate consulting practice, Spangehl Higher Education Associates.

The Law Office of Jason Spangehl ensures access to high quality immigrant advocacy in downstate Illinois. Representation focuses on evidence-based argumentation, supporting applications for immigration benefits with a strong narrative and persuasive documentation. These include:

- Petitions based on marriage, employment, ability, or national interest
- Applications for permanent residency and removal of resident conditions
- Applications for immigrant and nonimmigrant visas
- Waivers of inadmissibility
- Applications for naturalization
- Demonstration of financial support to prevent public charge denials
- Responding effectively to Requests for Evidence, Notices of Intent to Deny
- Briefs and Motions to the Board of Immigration Appeals

The practice has an impeccable record of success in original filings and has acheived impressive results rehabilitating defective pro se cases.

Executive Office for Immigration Review
Since 2017