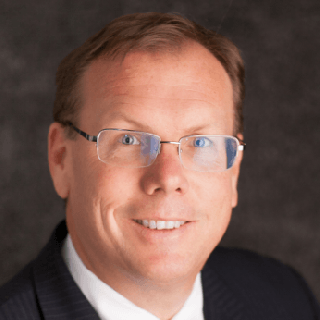 Born in Miami, James L. O'Leary ("Jim") is a native Floridian. Jim attended the University of Florida and studied Political Science. While at the University, Jim served in numerous leadership positions and was ultimately awarded the coveted membership in the Florida Blue Key. He then went on to attend Stetson University College of Law and graduated Cum Laude earning his Juris Doctorate degree. While at Stetson he was also awarded first place in Stetson's nationally ranked #1 Trial Team by winning the statewide mock trial competition sponsored by the Academy of Florida Trial Lawyers. After working at a large personal injury law firm litigating cases in trial and appellate courts throughout Tampa, St. Petersburg, and Clearwater, Jim decided to make the move to Southwest Florida and open his own law practice in Bonita Springs, The Law Office of James L. O'Leary, which opened on January 1, 1997.

Since it's inception, Jim has served Bonita Springs and the surrounding areas of Southwest Florida exclusively in personal injury law dedicated to providing clients with personal attention and sensitivity to their losses and damages.

Jim has also played a large role in the community, volunteering his time for numerous organizations, including his service as a President and a Board Member of the Bonita Springs Youth Council, The Bonita Springs Rotary Club, The Bonita Springs Area Chamber of Commerce, and he teaches regularly at Bonita Springs Middle School representing the Florida Bar in the Justice Teaching Program designed to educate Florida's youth about the legal system. Over the years, Jim has been a guest lecturer in every Elementary School, Middle School, and High School in the Bonita Springs/Estero area and enjoys teaching about the law as well as motivating students to believe in their dreams and work hard to set and achieve their important life goals. Jim is a Florida Supreme Court Certified Mediator and Arbitrator but dedicates 100% of his practice to representing people injured in accidents and their family members.