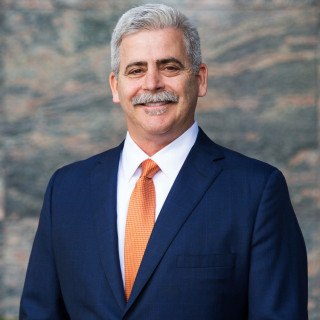 Gregory Fitzgerald was born and raised in Los Angeles County. He attended high school overseas and returned to the US in 1980 where he attended California Lutheran University in Thousand Oaks, California. He earned his Bachelor of Science in Accounting (1984) and began his post-collegiate career as a tax auditor with the IRS. Dissatisfied with the inherent unfairness of the US Tax Code, he obtained a California contractor’s license, worked as a contractor by day and went to law school at night. He graduated first in his class at Southern California College of Law in 1990, passed the California bar exam and commenced practicing law in 1991. He began his legal career working for a small criminal defense/personal injury firm before opening his own law practice in 1992 in Orange CA. Fitzgerald & Associates focused on representing individual consumers in matters ranging from debt to injury to criminal defense to tenancy and more. In 1998 he moved his practice to Santa Ana, renamed the firm Fitzgerald & Malk, and expanded the practice to include providing legal services to small businesses. In 2006 he accepted a position at The Seideman Law Firm, P.C., a national consumer rights law firm, focusing on consumer protection. At The Seideman Law Firm, P.C. he was primarily responsible for the creation, instruction, and management of a nationwide team of lawyers to combat collection abuses, defend collection lawsuits, and resolve the debt. He left The Seideman Law Firm, P.C. in April 2013 to form Fitzgerald & Campbell, a professional law corporation dedicated to making itself California’s premier consumer debt protection law firm. Mr. Fitzgerald has always been dedicated to helping individuals and small business from the substantial and unfair overreach of the government and its protected insiders such as banks, insurance companies, and other large crony corporate interests such as debt buyers and collectors.

What if I have an auto accident? - Fitzgerald & Campbell, APLC

What does cancellation of debt mean? - Fitzgerald & Campbell, APLC

How do you deal with debt collectors? - Fitzgerald & Campbell, APLC

Can they sell my house to satisfy a judgment? - Fitzgerald & Campbell, APLC

I've been sued, but I owe the money. What should I do? - Fitzgerald & Campbell, APLC

Which is better? Bankruptcy or debt settlement? - Fitzgerald & Campbell, APLC

How do you remove a judgment lien on your house? - Fitzgerald & Campbell, APLC

What are my options when I get garnished or levied? - Fitzgerald & Campbell, APLC

Q. In California, does a Judgement continue to accrue interest after the 10 years time limitation?
April 6, 2022
A: If the judgment has not been timely renewed, it is no longer valid and you owe nothing. I would not offer or pay anything on it.

Q. Did I get served legally
March 25, 2022
A: What is called "Substitute Service" in CA is legal. Basically it says that if a process server goes to your home or your work in an effort to serve you personally but is not successful, after at least 2 attempts, they can give it to a "substitute" (person must be at least 18 years old) and then also mail you a copy to the same address. It seems they do have a problem however because the address where you were "sub served" was not your residence at the time of the "sub serve". That would mean that the service is defective. You must however tell the court as the court does not know you were served incorrectly until you tell the court. That requires a Motion to Vacate the judgment entered against you. You must act right away because if you dont, the court will not grant your motion (you can't wait months and years). If you do nothing the judgment will stand and they will start to enforce the judgment by wage garnishment, bank levies, and other ways. You should get an experienced lawyer. Motions to Vacate are not easily granted by the courts.

Q. When can I request entry of dismissal to the plaintiff? Can I request if I have not heard back from them after 30days?
March 22, 2022
A: By submitting an answer, it does not merit a request for a dismissal, unless the debt was resolved. If the debt was satisfied in full, you may request a dismissal. In most cases, its after 15 days of completing the payment in full.