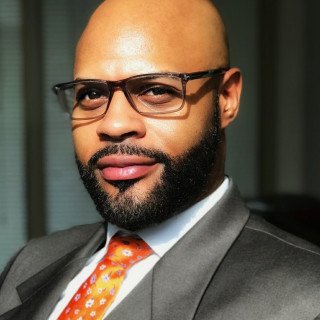 Few people are lucky enough to be able to follow their dreams into a career that is equally their passion. Attorney Anthony Bullock is among those lucky few. With nearly a decade of experience practicing law in the public and private sectors, Anthony's diverse legal background aids his practice and clients with a unique perspective and an understanding of the potential challenges that stand in the way of a client's recovery.

Anthony was introduced to the private practice of law while employed as a law clerk in the Labor & Employment Law section of Harrisburg, Pennsylvania based Rhoads & Sinon, LLP. Upon finishing his Juris Doctor degree, Anthony accepted employment with the Senate of Pennsylvania as legislative counsel and, eventually, Chief Counsel the Senate Aging & Youth Committee and Executive Director of the Pennsylvania Legislative Black Caucus. In 2011, Anthony transitioned from government practice, accepting employment with publicly traded Maximus, Inc., a health and human services government outsourcing firm. As a Vice President at Maximus, Anthony led the delivery of legal services to state and local governments in 17 states across the United States.

Anthony returned to private practice in 2017 as an associate attorney with labor & employment law boutique firm Prioleau, Milfort & Rivers, LLC (PMR). After a year with PMR, Anthony opened the Bullock Firm, P.C.'s doors, leveraging his extensive legal knowledge and experience and business acumen to infuse technology with the practice of law for a more effective and efficient delivery of legal services.

Anthony, a native of Philadelphia, PA, is a graduate of Philadelphia based Girard College, a private co-education boarding school in the heart of the city. On the influence of Girard's support staff, he attended and graduated from Atlanta's Morehouse College and receive a juris doctor degree from Widener University Commonwealth Law School in 2008. He was admitted to practice in

Q. Can I sue my mom for not paying me money she owes me?
January 3, 2019
A: Courts in most states would construe such an arrangement as a gratuitous promise, unsupported by consideration, and therefore unenforceable at law. In short if you attempted to engage in litigation to recover the requested sum it is unlikely that you will be successful.

Q. I was wrongfully terminated because I called corporate on two supervisor who has been harassing me since I’ve been there
May 31, 2018
A: You may have a cause of action for retaliation. Please call my office to discuss your concerns further. 404.551.5333.

Q. What if we never hear from Social Security?
December 22, 2017
A: You can call the claims examiner for an update. Also, you can acquire attorney representation at the initial application level. You do not need to wait until you are denied.