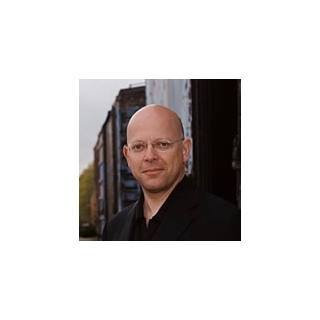 Eric J. Parker is a co-founder of Parker Scheer LLP and serves as the firm’s Managing Partner. With over 25 years of experience in complex personal injury trial work, Attorney Parker represents adults and children injured or killed as a result of defectively designed and manufactured products, as well as victims of medical and dental malpractice, defective premises, motor vehicle negligence, and aviation-related injury or death.

In 2011, Parker Scheer LLP was named “Law Firm of the Year” by the editors of Massachusetts Lawyers Weekly, in partnership with the Massachusetts Bar Association.

Mr. Parker received a “10/10” rating (“Superb”) from Avvo®, and holds the highest peer-review rating awarded to any attorney by Martindale-Hubbell. This rating is only awarded to lawyers and law firms which are found to possess "Very High to Preeminent Legal Ability" and who embrace "Very High Professional Standards".

In addition to serving as director of the firm’s Complex Personal Injury Practice Group, Mr. Parker is also an FAA licensed Private Airplane Pilot, and was a founding member of the Board of Trustees of the Media and Technology Charter High School of Boston (Elected Chairman of the Board, 2001-2005), whose mission is to prepare at risk, inner-city Boston high school students to succeed in college and beyond. In 2001, Mr. Parker was appointed to the Editorial Advisory Board of the Boston Law Tribune, and since January 2007 has served as a member of the Editorial Board of Massachusetts Lawyers Weekly, the leading weekly newspaper serving the Massachusetts legal community. Mr. Parker is a member of the Deans Advisory Committee of Suffolk University Law School, where he also serves as an elected member of the Law School's Alumni Board of Directors.

Before co-founding Parker Scheer, Mr. Parker was a partner in the Boston trial firm of Sarrouf, Tarricone & Flemming. Mr. Parker is a frequent guest lecturer at Suffolk University Law School and Boston College Law School and has served as a trial practice adviser to student participants in the Harvard Law School Trial Practice program. Mr. Parker has authored articles and presented on a wide range of legal topics with an emphasis on the representation of children in tort actions. Attorney Parker’s cases have received regional and national press coverage, and have regularly been cited as among the “most important decisions” by the Massachusetts legal press.