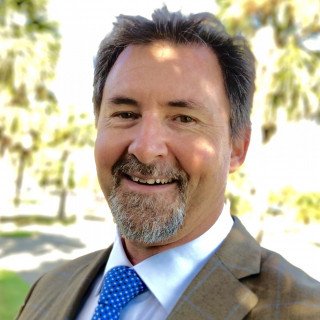 Removing the Past for a Better Tomorrow
Review This Lawyer
Compare Save
Client Reviews
Reviewed by C. O. October 7, 2020
Expungement process successfully completed
I had an expungement that Eric Dirga helped me to process. He was very responsible and reliable. He was always open to respond to any question throughout the process. The price was perfect even he allows to do monthly payments. The process was finished in the estimated time and with a successful outcome. Also, he provided information about what to do after the expungement
View More ›
Read All Client Reviews
Badges
Claimed Lawyer ProfileQ&ASocial Media
Biography

Eric J Dirga has practice law in the Central Florida area since he was admitted to the Florida Bar in 1995. He spent four years with the Office of the State Attorney in the 9th Judicial Circuit before opening his own practice.

Since 2002, Eric J Dirga has focused his practice in three areas that all stem from his experience with criminal laws; criminal defense, criminal record expungements and sealings, and traffic related issues including tickets and criminal traffic crimes.

His extensive knowledge of sections 943.0585 and 943.059, Florida Statutes (Expungement and Sealing statutes) has made him one of the leading experts in this field of Florida law. He has written the do-it-yourself book on the subject ("Erase Your Record" at Amazon) for people who try to expunge or seal their own record.

Eric J DIrga spent four years serving his country in the United States Army. His education includes the Defense Language Institute, in Monterey, California, and the University of Florida, College of Law.

Q. I would like to sue the city of Maitland for red light cameras with shortened yellow traffic lights
January 24, 2019
A: I deal with the tickets. I will agree that the entire Red Light Camera debacle is a scam for money, not safety. When we were able to fight these and win on the evidence (or lack thereof) things were good. That ended around 2013. After that, all the attitudes of the judges and hearing officers changed. All of a sudden the evidence was let in. The shortened amber light times that came into effect right as the state law was enacted was suspicious. Changing the amber times required an administrative code change which usually takes about a year with all the required hearings. In fact, there has never been an administrative code regulating these cameras. Instead, a letter dated December 16, 2010, was issued. When they amended the statute around 2012, they adopted the administrative hearings that you dealt with. Another total scam. These are true Kangaroo courts. Run by the municipalities that benefit from the cameras and hearing officers hired by the municipalities. People taking their notice of violations there never have a chance. In my 24 years of criminal practice, I have never seen anything as filthy in the court system as these cameras. Hearsay is overlooked. The enforcement officer doesn't need to introduce any evidence regarding date of violation, who was driving the vehicle, etc. Suing the City would probably be just throwing your money away. You need to discuss that with a civil lawyer. A better option would be to do what the small group of people in Apopka did and protest. Apopka no longer has cameras and that, to me, is shocking. Law enforcement was very pro camera there. Once a mayor won who ran on getting rid of the cameras, the entire city council fell in line. Good Luck Eric J Dirga Eric J Dirga, PA

Q. florida law is it legal to coherse someone encompacitated to sign a document changing their will and get poa at same tim
November 29, 2018
A: If it can be shown that a Will or a Power of Attorney was signed by coercion or by a person not mentally competent, it should be disregarded. This decision is by a court and you have to raise this in that forum. Find a lawyer that practices estate planning for further guidance.

Q. Is there a limit as to how long a restraining order can last?
November 24, 2018
A: The term of a "restraining order" (also known as an Order for Protection Against Violence) is set by the issuing judge. This can be extended or shortened by the court. Typically, any modification of the term of the order is done with notice to the victim/petitioner.