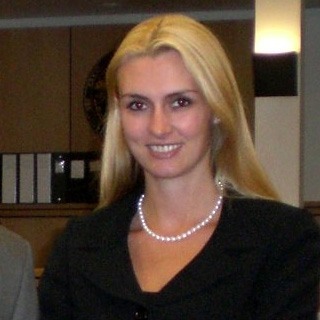 Unlike most of the immigration attorneys in the U.S., Ms. Edyta Christina Grzybowska Grant is an immigrant herself. She is half Polish, half Bulgarian, and is a legal resident of three countries, including the U.S. From the day she was born, literally, she had to deal with immigration issues. As such, she has a much better understanding of the apprehensions and concerns shared by all foreigners and those without status, because she has experienced most of the immigration processes herself: student visas, tourist visas, work visas, marriage to a U.S. citizen, adjustment of status, etc. Being a fellow immigrant, you can fully trust her to do all in her power to solve your immigration needs without jeopardizing your status in the U.S.

Ms. Grzybowska Grant holds a Masters Degree in Public Policy with an emphasis in International Relations from Pepperdine University, and a Juris Doctor from George Mason University School of Law . While in law school, Ms. Grzybowska Grant interned for Ms. Anne Greer, the Assistant Chief Immigration Judge for the Board of Immigration Appeals, and actively participated in the Asylum Clinic ran by the retired Federal Judge Bruce Einhorn, who authored the Asylum Law for the U.S.

Ms. Grzybowska Grant came to the U.S. in 1995 after she won a full tuition scholarship to attend college in Boston, MA. She has since received many more academic accolades. She was awarded the CALI Excellence for the Future Award for excellent achievement in the study of Asylum and Refugee Law in May 2009; and was named the Diversity Scholar for Washington DC Metropolitan Region, Constangy, Brooks and Smith in 2007. She also won the Kern County Women Lawyers Foundation Scholarship in 2009; and the Colors of Justice Scholarship Award in 2007.

Ms. Grzybowska Grant began her legal career as a civil law attorney at Thomas Anton and Associates, working on two of the Erin Brockovich series cases (the original case was depicted in the 2000 feature film, Erin Brockovich, starring Julia Roberts, and was nominated for five Academy Awards). Immigration has always been Ms. Grzybowska Grant's passion and she now focuses solely on this area of law. Ms. Grzybowska Grant also volunteers for the Greater Bakersfield Legal Assistance program as an immigration attorney. She enjoys an excellent rapport with foreign nationals and has many ties in expatriot organizations.