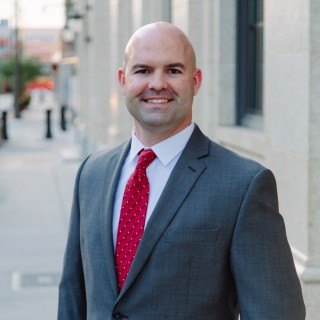 Doug is a former Navy Nuclear Submarine officer and Air Force JAG who worked with the Department of Defense and Department of State (the US Embassy in Kabul) while deployed to Qatar and Afghanistan to help draft the Status of Forces Agreement and Bilateral Security Agreement signed by Afghan President Ashraf Ghani Ahmadzai in September 2014. Also, while Doug was deployed, he briefed a 1-Star General on developing Intelligence Law issues on a weekly basis, as well as (among other things) advising US Central Command on information releases regarding detainees and other sensitive records.

How does this help you? Doug knows how to manage multiple areas of the law while bringing efficiency and a unique personal touch. In other words, you won't be our only client, but our goal is to make you feel like you're our only client.

Although Doug didn't grow up in Tucson, he met his wife in Tucson while earning his Bachelor's Degree in Mechanical Engineering (in 3 years) from the University of Arizona College of Aerospace and Mechanical Engineering, and graduated from the University of Arizona James E. Rogers College of Law in 2012 where he earned the Ralph E. Long Memorial Award for Outstanding Contribution to the College of Law in 2011, the Gonzales-Villarreal Bridge Program Award in 2012, and earned several other scholarships and awards (see his Avvo profile for more information).

While earning his Law Degree, Doug worked for the Law School's Veterans' Advocacy Clinic; Chief Judge John Roll's office in the Federal District Court in Tucson; and Judge Eileen Hollowell's chambers at the Bankruptcy Court in Tucson. Doug also argued an immigration/asylum case at the U.S. Ninth Circuit Court of Appeals in Pasadena, California, under the Law School's Ninth Circuit Pro Bono Appellate program. Doug was also an Editor for the Harvard Journal of Law and Public Policy.

If it's serious enough to hire an attorney, hire a former Navy Nuclear Submarine Officer and Air Force JAG.

If it's serious enough to hire an attorney, hire a former Navy Nuclear Submarine Officer and Air Force JAG.