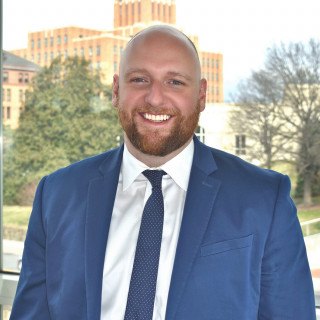 David was born and raised in the Roanoke Valley; the son of a Registered Nurse and a Roanoke City Police Officer, he spent his childhood in Salem and attended Glenvar High School. After graduating, he went on to attend Virginia Tech where he received degrees in both Finance and Accounting. After graduation, David worked as an accountant in both the public and private sectors, but decided the law was his true calling. He went on to attend Washington & Lee University School of Law, where he graduated with honors at the top of his class in 2010. David began his legal career as a Judicial Clerk for the 23rd Circuit of the Commonwealth of Virginia. In 2011, David began working and training with his mentor, Richard Lee Lawrence. After Richard’s passing in March of 2012, David took on a variety of cases and gained knowledge and experience in his own practice. In late 2012, David accepted a position with a small firm in Roanoke, Virginia where he worked until joining GBSR Attorneys in 2015

David is a litigator who loves being in court on any type of case from civil and business litigation to family and criminal law. David has a passion for cases that most attorneys would find exceedingly difficult or overly-complicated. He is a problem solver and a true advocate for his clients, both in and out of the courtroom. If a problem can’t be resolved in settlement, David is an aggressive litigator. David has tried cases across the state in Juvenile and Domestic Relations, General District, and Circuit Courts. He frequently appears in Roanoke City, Roanoke County, Salem, Botetourt County, Bedford County, Franklin County, Craig County, Alleghany County, and Montgomery County. David has handled civil, criminal, and traffic infractions in Federal Court as well.

In his spare time, David enjoys being with his Wife and three children, is an avid follower of Virginia Tech Sports, and enjoys playing guitar and watching live music.