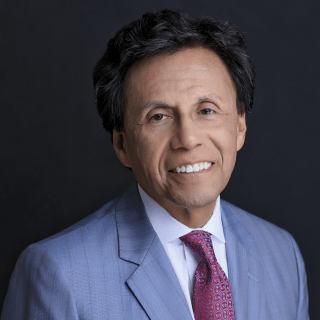 Are you Daniel? Claim your profile to update.
Review This Lawyer
Compare Save
Badges
Social Media
Biography

Daniel Rodriguez has a background that is different than the typical lawyer. Daniel grew up in a migrant farm-worker family. He and his family were constantly on the move, living and working in Texas, Louisiana, Mississippi, and California. Daniel and his five siblings attended between three and five different schools each year up until college.

In addition to working in the fields, Daniel later held a variety of jobs going through college and law school. To name a few, he worked as a dishwasher, worked for PG&E in their mapping department, worked as a sales person for Sears, Roebuck & Co., sold encyclopedias door to door, and pumped gas at a full service gas station. He also worked as a roustabout and mechanic in the oilfields for Atlantic Richfield Co. in Kern County. All of these jobs helped mold Daniel’s perspective on life and showed him that there’s no substitute for putting in the hard work.

Daniel obtained his bachelor’s degree in Engineering from Cal Poly State University in San Luis Obispo. He then went on to attend UCLA Law School. He graduated in 1980 and took the bar exam that same year. One month after getting his license to practice law, Daniel tried his first jury trial. Since then, Daniel’s skill as a trial lawyer has not gone unnoticed. Daniel has a record for obtaining top and full value for the client’s case because insurance companies respect and fear him as a skilled and experienced trial lawyer.