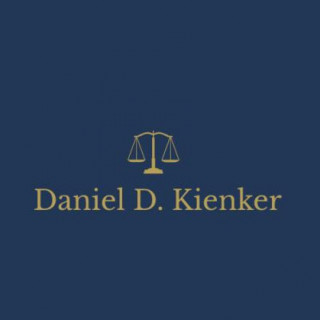 Dan Kienker is from Hendersonville North Carolina, and graduated from the University of North Carolina-Asheville with a major in political science. Upon his graduation he entered the United States Air Force as a Second Lieutenant serving 26 years, and retiring with the rank of Full Colonel. His military career includes assignments to Germany, South Korea, Saudi Arabia, Honduras, and Warsaw, Poland where he led a military contact team shortly after the fall of the former Soviet Union.
During his military career he was selected for Command of three combat rated Tactical Control Squadrons,.
Dan began his legal career upon entering the University of South Carolina School of Law where he was a member of the Moot Court. After graduation he served as a law clerk to the Honorable Jimmy Williams, Circuit Court Judge, then as an Assistant Solicitor (prosecutor) in both Richland and Union Counties, South Carolina, and as an Associate Attorney in a law firm where he focused on family law. He opened his own practice in February 2011 and focuses on Divorce and Family Law, Criminal Defense, and Adoptions.

Q. How can I assure my ex pays me the $15,000 he promised to pay after sale of house?
October 11, 2020
A: To provide a thorough answer I would have to review the Divorce Decree and Court Order approving the Agreement between you and your ex-Husband. Most Agreements as part of the dissolution of a marriage will specify exact date(s) when some event must occur. For example, in a case involving minor children with child support to be paid, the agreement will state "the non-custodial parent will pay the custodial parent $_____________ in monthly child support not later then the first day of each month." If that doesn't happen, the custodial parent will find it far easier to prove that to a family court judge in a hearing for contempt of a court order. In this case, your agreement should have stated a " upon sale of the house and not later than or by___________day of ___________month, 2020, husband will pay wife $15,000.00. You need to consult your attorney or an attorney of your choosing in this matter. Please do not construe this answer as my representation of your case, but only as a general answer to this type of question. Again, consult an attorney. Good luck.