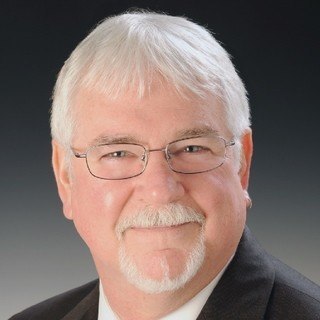 Christopher ("Chris") Luhn practices law primarily in New York's Capital Region, which is to say in the Upstate counties of Albany, Rensselaer, Schenectady, Saratoga, and, oftentimes, in Warren and Washinton counties, as well. Chris moved to Saratoga Springs with his wife and two step-children Immediately after completing his law studies at the University of Baltimore School of Law in June 1985. After passing both the Maryland and the New York Bar exams, he began practicing exclusively in the field of personal injury trial law until August 2000 when he joined the New York State Attorney General's Civil Litigation Trial Bureau. After a time, though, Chris decided that he was more suited for private practice, leaving the AG's office to start his own "solo" practice in 2008, concentrating on Family Law, and Vehicle and Traffic cases. Every phone call is taken or returned personally by Mr. Luhn providing all callers a 15-20 minute initial phone consultation at no charge. Mr. Luhn looks forward to hearing from you and providing you with personal and competent legal services.

Q. Is it okay for me to live in a 1 bedroom apt with my girlfriend and my son who stays with us every other weekend? He’s 3
February 17, 2022
A: I'll answer based on New York law. If you are in a different jurisdiction, consult an attorney in your jurisdiction. In a word: "Yes". The co-custodian may object, but unless there is an objectively sustainable reason otherwise, there should not be an issue. You are, of course, required to exercise good judgment and discretion around any infant.

Q. How do I get a free lawyer for a family court date in wich my ex husband is in violation of paying medical expenses
September 23, 2019
A: This is a “good-news/bad-news” situation. The “bad news is that if you file a Violation Petition (Infer that you have a court order directing him to reimburse you), if he is unable to afford an attorney, he’ll get an appointed attorney at no charge to him. The good news is that if you hire an attorney, and the court finds that he has “willfully” violated a court order of support, the court “MUST” order him to pay YOUR attorney fees. If you cannot afford an attorney, I recommend that you contact Legal Aid or, perhaps your county bar association has a Private Attorney Involvement (PAI) panel and can help you find counsel that will take your case pro bono (at no charge). Finally, if you have not done so already, start making copies of everything you send to him (with the covering letter, email, etc.). Otherwise you might have a hard time proving that you sent him the receipts and invoices in a timely way. Good luck. Christopher N. Luhn, Esq.