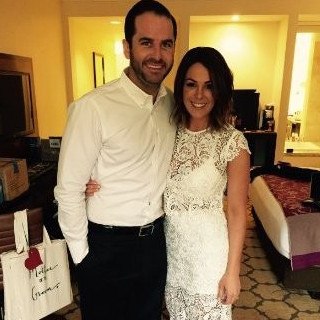 Are you Christina? Claim your profile to update. The Law Office of Christina M. Adames
Review This Lawyer
Compare Save
Badges
Social Media
Biography

Christina Adames has been an invaluable member of the Hales Law Firm since 2012. While attending Law School, Christina gained extensive experience working as a family law paralegal, a Certified Law Clerk and after passing the California Bar Exam, an associate attorney for Nat (Ned) E. Hales, Jr. before opening her own practice. Christina graduated from Lincoln Law School in 2013 and was admitted to the California State Bar in December, 2013.

Christina is committed to providing excellent client service. Under the guidance and mentorship of Ned Hales, Christina has gained unparalleled experience and knowledge about the practice and procedures of Family Law, both in a litigation setting as well as with Alternative Dispute Resolution processes. She practices all areas of family law, including legal separation, mediation, annulment, divorce, spousal support, child support, child custody, child visitation, domestic violence, modification of prior orders, paternity, marital settlement agreements, prenuptial agreements, and property valuation and division.

After earning her Bachelor’s of Science degree from San Diego State University in 2007, Christina studied abroad in Alicante, Spain, where she excelled in her Spanish Language immersion courses. During her tenure at Lincoln Law School, Christina was active in the Student Bar Association, which included, among other various activities, sitting as the Law School Ombudsman for two years. Christina was the recipient of a variety of Academic Excellence Awards, and she was the recipient of the James F. Boccardo Memorial Scholarship, which is a prestigious honor “awarded to the student who, over a three year period, has exhibited distinction in the areas of professional competency, wisdom, concern and compassion”. Christina was honored with the Philip J. Siggins Award, presented by the Dean and the Board of Trustees to the graduating student “who has made the most significant contribution to the Law School community.