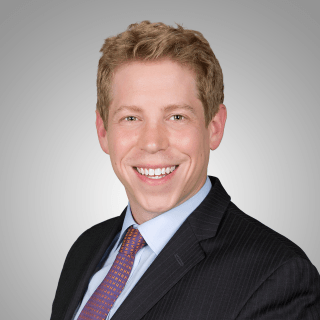 Mr. Gabroy graduated from Tulane University Law School in May of 2016. Mr. Gabroy brings with him an array of prior expertise from his time working in both Louisiana and Nevada. As a first year law student, Mr. Gabroy clerked for Malcolm P. LaVergne & Associates and thereafter for the Nevada Attorney General’s Office.

As a second and third year law student, Mr. Gabroy clerked for the legendary and nationally respected law firm Herman, Herman, & Katz. As a law clerk for Herman, Herman & Katz, Mr. Gabroy worked alongside and learned from lawyers taking on some of the biggest corporations, and working for plaintiffs in some of the toughest cases. For example, Mr. Gabroy has worked on multiple complex litigation cases such as the BP Oil Spill Litigation; In Re: Granuflo; and In re: Chinese Manufactured Dry Wall Litigation.

Mr. Gabroy’s abilities expand beyond the thousands of class members he has gone to bat for. As a third year law student at Tulane University Law School, Mr. Gabroy was exceptionally admitted to practice on a limited trial basis by the Louisiana Supreme Court while still attending his last year at Tulane University Law School. In this capacity, Mr. Gabroy successfully represented and defended juveniles as appointed and entrusted to his representation by the New Orleans Court. Mr. Gabroy has never forgotten the needs of the members of his community, and the importance of the role of a lawyer in service to his community.

Mr. Gabroy returned to Nevada as an associate attorney and is now a founder in his own private practice, doing business as Calder B. Gabroy, Ltd. Mr. Gabroy looks forward to using his expertise and an array of talents and skills developed in prior practices to help guide you through your case or legal issue. Mr. Gabroy will fight for you, advance, and protect your interests.