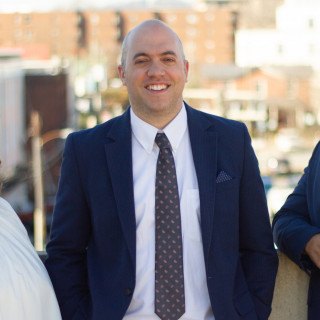 Bryan is a graduate of the University of Virginia School of Law and Brigham Young University. Bryan started his career prosecuting in the Louisa County Commonwealth's Attorney's Office. After leaving the Commonwealth's Attorney's Office, Bryan practiced for a traffic, DUI, and criminal defense firm in Central Virginia and the Shenandoah Valley. In 2016, Bryan opened his own practice in Charlottesville, serving Charlottesville and the surrounding counties. Bryan serves on the Board of Directors for the Virginia Association of Criminal Defense Lawyers and as a member of the Charlottesville-Albemarle Bar Association. Bryan lives in Albemarle County, Virginia with his wife and four children. In his spare time, Bryan plays music with an old time string band, watches sports, and serves in his church. Bryan is admitted to practice in all state courts in Virginia and in Virginia's federal courts. He represents people charged with crimes in Charlottesville and surrounding counties. He represents people who have been unjustly convicted of crimes throughout the Commonwealth of Virginia.

Virginia Association of Criminal Defense Lawyers
Board of Directors
2015 - Current

Q. How do I get a complete copy of the case files from the commonwealth's attorney, for a dismissed criminal case in VA
December 5, 2019
A: The Commonwealth's Attorney's Office is not required by law to give you a copy of your case files, even if the case was dismissed. If you had an attorney, you should contact your attorney to request that he give you a copy of his file.

Q. an illegal immigrant who works at a store is accused of theft where paid under table. Should store owner report crime?
November 15, 2019
A: I would say that the immigrant is more likely to be deported than the store owner get in trouble, especially if the amount stolen is $500 or more because that would be a felony.

Q. I need to get record expunged. I am low on capital how do I do this?
October 29, 2019
A: You should go to your local circuit court and request a petition for expungement. You should fill out the form and pay the filing fee.