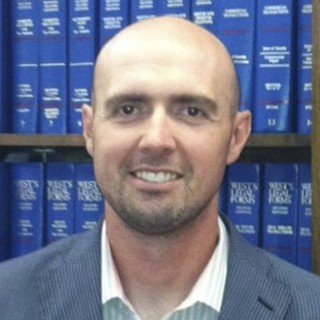 Mr. Goodfellow, the law firm’s managing partner, has recovered millions for individuals and businesses that have suffered injuries as a result of medical malpractice, car accidents, sexual assaults, discrimination and many other types of negligence. He has also represented hundreds of people going through the challenges that come with divorce, custody disputes, child support and spousal support modifications, and all family law related issues.

In his spare time, Mr. Goodfellow enjoys ultra-distance races. He has completed more than 40 triathlons and 5 Ironman distance triathlons, consisting of a 2.4 mile swim, 112 mile bike ride and a marathon (26.2 miles). He has coached junior baseball, football and basketball. He lived in Japan as a volunteer for two years and speaks fluent Japanese. He loves to travel and has visited more than 25 countries. Above all, he loves spending time with his family, including his three children.

Superlawyer
Superlawyers
2018
Less than 5% of all Oregon lawyers receive this designation.

American Airlines Sued For $10M After Teen Assaulted On Flight

The family of a 13-year-old girl is suing American Airlines, saying the airline failed to protect the girl from being assaulted while she was traveling unaccompanied on a flight. Twenty-six-year-old Chad...