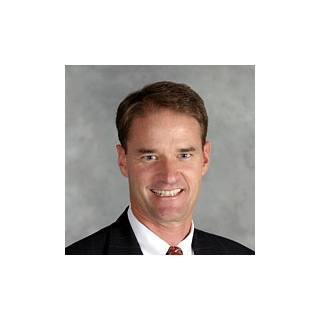 Attorney Ben Crocker is a founding partner of Crocker Law Firm, along with his wife, Cyndi Crocker. Ben is a trial attorney with more than 25 years of litigation experience.

Ben Crocker grew up in Franklin, Kentucky. He was the 1984 valedictorian of Franklin-Simpson High School, and spent his summers working at the Franklin pool. Ben’s father, Ken Crocker, was a veterinarian in Simpson County. His mother, Helen Crocker, was a history professor and talented artist who taught at Western Kentucky University. Several of her watercolors grace the walls at Crocker Law Firm. Ben has five older brothers – Scott, Kelly, Dan, Tim and Steve.

Ben and Cyndi have three sons, Alex, Drew, and Reed. Ben is an avid climber, backpacker, and camper, an interest he shares with all three boys. He has played volleyball since high school, and continues to play in several leagues. Ben coached recreational soccer and basketball in Bowling Green until all of his sons outgrew him as a coach.