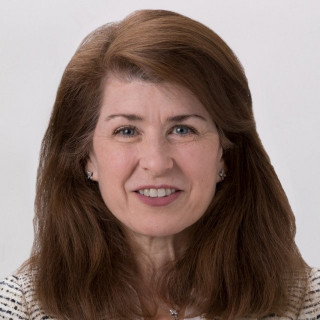 Barbara Hart is a principal at Grant & Eisenhofer and serves on the firm’s Executive Committee. Ms. Hart has nearly three decades of experience as a leader in plaintiffs’ litigation. She has represented institutional investors, including many public pension funds, in securities and antitrust litigation and served as lead counsel in 4 of the top 100 securities class action settlements. Ms. Hart has also achieved substantive antitrust and False Claims Act/Qui Tam settlements on behalf of her clients.

In addition, Ms. Hart has represented other matters include representation of approximately 45 adult survivors of sexual abuse who brought claims against the Roman Catholic Archdiocese of New York, Maryknoll, Rockefeller University Hospital and the Boy Scouts of America. Ms. Hart has pioneered these claims in light of a change in New York law known as the Child Victims Act.

Widely-spoken and published on various topics in securities and antitrust law, Ms. Hart also co-edited the “New York Antitrust and Consumer Protection Law” handbook. She is a Member of the New York State Bar Antitrust Executive Committee as to which she served as the 2014 Section Chair. Ms. Hart has also successfully represented institutional investor clients as amici curiae on various matters, including on New York’s Martin Act.

Ms. Hart was selected to the Lawdragon 500 Leading Plaintiff Consumers Lawyers Guide for 2022. She was selected for inclusion to the list of New York Super Lawyers for many years. She received her undergraduate degree from Vanderbilt University, her M.A. from University of North Carolina at Chapel Hill, and her J.D. from Fordham University School of Law where she was on the Dean’s List and a member of the Fordham Law Review.

U.S. District Court for the District of CO

U.S. District Court for the Eastern District of NY

U.S. District Court for the Southern District of NY

U.S. District Court for the Western District of NY