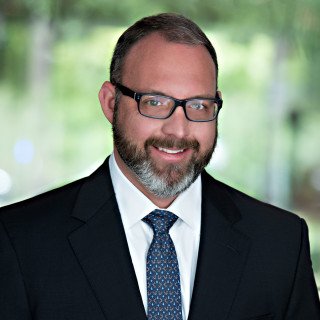 Kristian Rasmussen’s reason for becoming a lawyer is simple: he has a passion for helping people. Kristian began his legal career as a Judge Advocate General officer in the U.S. Navy. His time serving as a JAG officer affirmed his belief that as a lawyer he could truly help people.

Kristian has practiced law since 1999, and has been at Cory Watson Attorneys since 2007. He sees the law as the great equalizer for honest, ordinary people who have been injured by the actions of large corporations. Kristian is keenly focused on his clients, taking his work personally as he strives to represent each client as he would represent one of his own family members.

His accomplishments have earned Kristian a reputation as a skilled legal advocate who practices with the highest degree of integrity. Early in his career, Kristian was appointed by U.S. District Judge Ivan Lemelle at age 28 to be co-lead trial counsel in a large multistate consumer class action. That same year, U.S. District Judge Charles Breyer appointed Kristian to help lead a large multidistrict litigation helping thousands of individuals from across the country. Kristian has also won multiple million dollar verdicts and settlements for his clients.

While Kristian’s courtroom experience is impressive, he makes time for fun outside of work. With three kids and two dogs, his home life is just as busy as his work life. During the school year, you’ll find him on the sidelines coaching one of the teams for his kids’ sporting events. They also enjoy hiking, hunting, and trips to the beach.

Bextra - No Different Than Vioxx
ATLA, Section on Toxic and Environmental Torts, Vol. 12, No. 2, Spring 2005