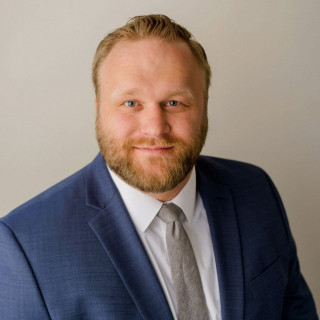 Andrew Nef is an attorney in the firm’s Litigation Department. He is a member of the California State Bar, Sacramento County Bar Association, and California Lawyer’s Association.

Andrew grew up wanting to be an attorney, dawning a suit and briefcase at the early age of 8 to dress up as one for Halloween. Andrew grew up in Fresno and earned his Bachelor’s Degree in Political Science from California State University, Fresno.

While studying law at the University of the Pacific – McGeorge School of Law, Andrew discovered his desire for helping people establish and administer their personal legacies through estate planning. Andrew believes that every estate plan should be well thought out, properly executed, and competently administered.

Andrew earned his Juris Doctor degree from McGeorge School of Law with a concentration in Business Law. He began working at the Law Offices of Daniel A. Hunt as a paralegal, and through dogged persistence, has fulfilled his dream of becoming an attorney.

As a trust and estate litigator, Andrew’s passion has been fighting for decedents’ actual wishes and protecting their legacies from predators with ulterior motives.

Outside of work, Andrew enjoys spending time with his wife and their four young children. He enjoys disc golf and is an avid reader.