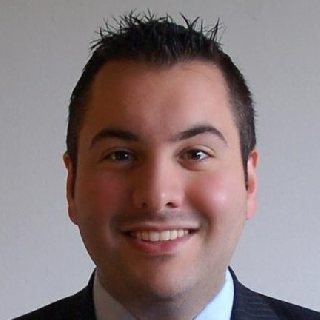 Ostrer & Associates, P.C.
Review This Lawyer
Compare Save
Client Reviews
Reviewed by Lauren R. March 15, 2022
Competent Lawyer Who Gets Results
Mr. Sadaghiani was recommended to me by a close friend to handle my matter. From the beginning he explained the procedures that would follow and that my patience would be required. Pretty much everything unfolded as discussed and I could not be more pleased with the results. He was caring and professional. My sincere gratitude.
View More ›
Reviewed by Marty S. February 8, 2021
Excellent representative
Had an amazing experience with Amir always on time never cancelled or backed out of a date the entire office is excellent and they work with you and handle your case even the secretary answering talk to you by your first name and set your appointments around your schedule
View More ›
Read All Client Reviews
Badges
Claimed Lawyer ProfileSocial Media
Biography

Amir Hassan Sadaghiani has been an Associate with Ostrer & Associates, P.C. since October 2014. Prior to joining the firm, he served the people of Orange County as an Assistant District Attorney since December 2006. While serving in the Orange County District Attorney's Office, he investigated, prosecuted, and tried numerous cases to verdict involving the crimes of murder, vehicular assault, arson, assault, intimidating a witness, robbery, burglary, criminal possession of a weapon, possession and sale of narcotics and marihuana, driving while intoxicated and larceny. Mr. Sadaghiani was assigned to the Special Investigations Unit where he oversaw the District Attorney's Office's wiretaps. He also was assigned to the Major Crimes On-Call Panel where he responded to the scene of homicides and assisted in the beginning stages of investigation.

Mr. Sadaghiani is a member of the New York State Bar and is also admitted to practice law in the United States District Courts for the Southern and Eastern Districts of New York. He has served as a mock trial coach and was the attorney coach for the 2008 Port Jervis High School Orange County championship team.

Amir was raised in the Town of Deerpark and graduated from Port Jervis High School in 1999. He graduated in 2003 from Bucknell University with a Bachelor’s Degree in Economics and a minor in American Politics. At Bucknell, Mr. Sadaghiani served as both Student Body President and Student Body Vice-President of Finance. He served as chair of the Bucknell Community Judicial Board and was a member of Phi Kappa Psi Fraternity. In 2006, he earned his Juris Doctor from the University of Notre Dame Law School. At Notre Dame, Mr. Sadaghiani served as Student Body President and was co-captain of the Moot Court Trial Team.

Mr. Sadaghiani resides in the Town of Goshen.

Eastern District of New York
Since 2008

Southern District of New York
Since 2008