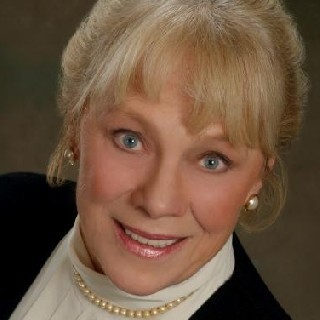 Aimee serves clients throughout all of Texas. She concentrates her practice in the areas of oil and gas law (exclusively representing land owners and mineral owners in connection with testing agreements, surface agreements, oil and gas leases and pipeline or access easements), commercial real estate and water law. “One of the things I am passionate about”, Aimee says, “is assisting mineral and surface owners to make informed decisions about the future of their land and mineral assets, and in being good stewards of their land, both for themselves and for their heirs”.

After graduation from law school in 1977, Aimee joined a large Dallas law firm and became a partner in 1978. In 1981, she began her own firm, Law Offices of Aimee Hess P.C. She is currently admitted to practice before the Texas Supreme Court, the U.S. Fifth Circuit Court of Appeals, U.S. District Courts in the Northern, Eastern and Western Districts and U.S. Bankruptcy Courts in the Northern, Eastern and Western Districts. She is a member of the Oil and Gas Law, Construction Law, Real Estate Law and Animal Law Sections of the Texas Bar.

Aimee and her husband Carl, a petroleum engineer, enjoy sailing, hiking, kayaking, windsurfing and finding homes for abused and orphaned dogs and parrots, many of whom have found their “forever home” with them.

U.S. Bankruptcy Courts in the Northern, Eastern and Western Districts

U.S. District Courts in the Northern, Eastern and Western Districts

Q. I have mineral rights and I found out a company has been drilling on those right for years and I have never been paid
March 21, 2022
A: Even though the initial lease term was 3 years, most leases provide that if there is production that commences within the original lease term, then the term of the lease is automatically extended so long as there is production in paying quantities. You would need to look at the language of your particular lease to see if this is the case. If there was a title problem or the oil company couldn't locate you, it is doubtful that nonpayment of royalties to you would void the lease, but that is something that depends in large part on the language of your lease. You should have an attorney look at your lease and see what the effect of nonpayment is. I would also recommend that you have an attorney review the division order to be sure it does not contradict terms in the lease. Keep in mind that in many cases oil companies are only liable to pay you back royalties for 4 years in the past. Thus, this is something you may want to have an attorney look at sooner rather than later.

Q. How do I get out of a bad solar contract?
December 22, 2021
A: unfortunately, you can't simply "remove" a UCC financing statement. It has to be done either by court order after a lawsuit or by agreement of the parties. What your rights are regarding these representations depends in large part on what your contract with the solar panel company says. There are Texas statutes such as the Consumer Protection Act which may give you remedies depending on how your contract is worded. You are best advised to have an attorney review the contract and the representations made by the salesman to see if you have a claim under Texas law. Then, a demand letter requesting termination of the contract and removal of the financing statement can be sent to the solar panel company. If the demand letter does not get you results, you may need to file suit.