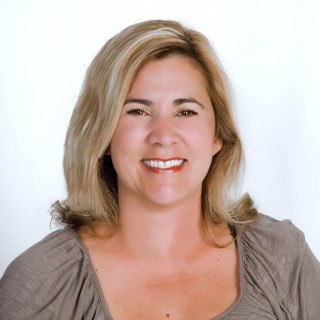 Law Offices of Adele Schneidereit
Review This Lawyer
Compare Save
Client Reviews
Emily K. July 9, 2020
A true advocate for the "little guy"! Adele Schneidereit helped us hold our builder responsible when a roof leak in our bedroom ceiling led to mold damage that had to be professionally remediated. Before Adele's involvement in our case, our calls and emails were ignored by the builder; after Adele helped us draft a clear letter stating our rights, the builder suddenly became responsive and everything was taken care of quickly and to our satisfaction. Adele is clearly passionate about helping advocate for the "little guy" whose voices are so often discounted in our society. She was wonderful to work with!
View More
Read All Client Reviews
Badges
Claimed Lawyer ProfileOffers Video ConferencingSocial MediaResponsive Law
Biography

Adele graduated from Monterey College of Law with a Juris Doctor while raising two children with her husband, architect Jeff Schneidereit.

Before she became a lawyer, Adele worked in Silicon Valley as a software consultant at CGI Technologies and Solutions Inc. Later Adele worked as part of a small team which designed the Online Medical Record System which is the charting system for inpatients used by the vast array of Kaiser Permanente hospitals and physicians.

Adele founded Inspire The World Foundation, which promotes awareness about Cerebral Palsy and has functioned under the auspices of the United Cerebral Palsy, SLO. As part of raising awareness, Adele Schneidereit and Inspire the World Foundation produced Hemispheres - the movie, a film that shows how far a person who has Cerebral Palsy can go (featured below). As the Executive Producer of Hemispheres, Adele was lucky to work with actors Chris and Marianne Leone Cooper (who express their experience with their son, Jesse), comedian Josh Blue, Micky and Elizabeth Dolenz, Mindy Lipson Aisen MD (former CEO of Cerebral Palsy Medical Research Foundation), actress Cheryl Hines, and “Facts of Life” Actress Geri Jewell. Hemispheres was submitted to the Sun Dance Film Festival. The next iteration of the movie went on hold while director, Simo Nylander of Aspect Studios,was living abroad. While Simo was abroad, Adele earned her law degree.

Adele and her husband are private pilots.