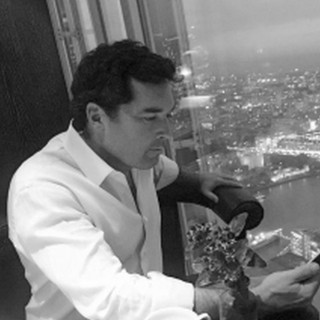 Adam Wilson assists both plaintiffs' and defense firms, and he has a stable of repeat client attorneys and law firms across the United States who call on him regularly. Hourly, flat fee, or creatively structured rates flexible by market, deliverable, and other factors such as contingency cases. Payment by check, wire, Venmo, or Paypal.

Adam Wilson began practicing in 1999 and focused on both federal and state litigation. He has degrees from Stanford Law School and the University of Pennsylvania. After Stanford, he clerked on the U.S. Court of Appeals for the Third Circuit and was a litigation associate at top-tier firms based in Washington, DC and San Francisco/Los Angeles (antitrust, appellate, complex commercial litigation). Wilson has also served as a rostered state court mediator in Maine.

Wilson left the full-time practice of law in 2017 when he unexpectedly became a successful conceptual artist whose works manifest in text-based oil painting, multi-media, video, installations, and performance art. As an artist, Adam Daley Wilson is represented by Aspect/Ratio Projects Gallery in Chicago, where he has had his most recent group exhibition and solo show.

Social Media
LinkedIn Justia Profile
Contact & Map
Adam Wilson LLC
180 High Street
#14
Portland, ME 04101
Cell: (207) 699-9957
Notice: For both his new and repeat client law firms on both coasts and across the US, Adam Wilson keeps both east and west coast hours, generally 9 am to 10 pm New York time (6 am to 7 pm California time), as well as similar hours over the weekend.
Email Adam Wilson
Download vCard