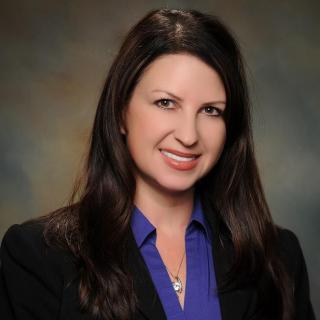 From an early age, Ms. Bellomo has been active in community service, education and charitable work. At the University of Arizona, she along with 6 other women, founded Gamma Alpha Omega sorority. Members serve more than 1,000 hours of service each year. Chapters also conduct fundraiser and donation drives to help local organizations that share the mission. While attending the University of Arizona, Ms. Bellomo obtained a Bachelor of Arts degree in Political Science, and then earned her law degree from California Western School of Law in San Diego where she mentored and tutored other law students.
As a former Prosecutor for the City of Phoenix, Ms. Bellomo honed her trial skills while working on behalf of the people of Arizona. Thereafter she worked in a boutique law firm dedicated to assisting taxpayers with their Internal Revenue Service matters, bankruptcy, estate planning and probate cases. It is from that experience that she then joined The Rosacci Law Firm in 2003 as a partner. Ms. Bellomo continues to diligently represent clients in the US Tax Court, US Bankruptcy Court and Superior Courts of Arizona. She focuses her time on her clients, ensuring that they receive the finest legal service.
Being involved in the community is an integral part of Ms. Bellomo's life. Board Member of the National Kidney Foundation of Arizona, past Co-Chair of Prom Redux, charity event benefiting the Kidney Foundation, Member of the Scarlet and Gold committee supporting the Marine Corps Scholarship Foundation Arizona Campaign, U.S. Marine Corps Reserve Toys for Tots sponsor/fundraiser, Member of Temple Chai Religious School Committee, Tax Credit Chair for Cherokee Elementary School and a member of the Advisory Committee on Public Safety for the Town of Paradise Valley, Arizona.
Ms. Bellomo is admitted to practice in all State courts in Arizona, U.S. District Court, District of Arizona, U.S. Court of Appeals, 9th Circuit, U.S. Tax Court & is member of the Arizona Bar Associat