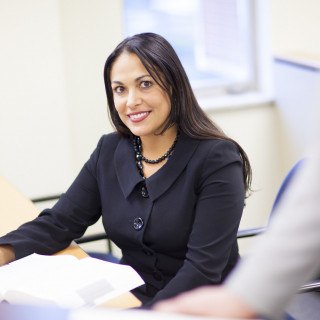 I love getting justice for my clients!
Review This Lawyer
Compare Save
Badges
Claimed Lawyer ProfileOffers Video ConferencingSocial Media
Biography

Shireen Hormozdi began her career in Atlanta as an attorney with a national consumer law firm. During her first year in practice, she tried a case in federal court before Hon. Beverly B. Martin in the Northern District of Georgia and successfully appealed a case before the Georgia Court of Appeals. She left the firm for a federal judicial clerkship with the Hon. E. Clayton Scofield, III in the Northern District of Georgia.

After she completed her clerkship, Ms. Hormozdi worked for a large law firm in Florida, defending Fortune 500 companies against personal injury, products liability and premise liability cases. Thereafter, she joined the Fulton County District Attorney’s Office in the Atlanta Judicial Circuit where she was assigned to their Special Victims Unit, focusing on crimes against women and children. While at the District Attorney’s Office, Ms. Hormozdi successfully prosecuted numerous felony cases and was first chair in over 30 jury trials. She was also made the Community Prosecutor for Atlanta Police Zone 3, which covers a large area of Southeast Atlanta. While a Community Prosecutor, Ms. Hormozdi worked closely with the Atlanta Police Department, the Atlanta City Council and community leaders to combat criminal activity in the neighborhoods comprising Zone 3. Ms. Hormozdi was also named Attorney of the Year for the Non-Complex Trial Division which hears approximately 70% of the felony cases in Fulton County and includes all thefts less than $100,000, all drug cases, burglaries and most other non-violent felony offenses.