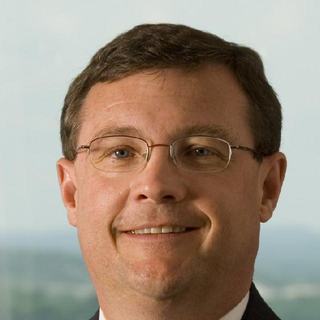 As an attorney for the Grocery Manufacturer’s Association (formerly known as the National Food Processors Association), Rocky was a founding member of the Coalition of Food Industry Defense Counsel (COFIC), a group that defends and promotes the food industry interests at both manufacturing and retail levels. He has worked closely with such industry leaders as Bush Brothers, Inc., Campbell Soup, Dole, Gerber, Heinz, Hormel, Kraft, Quaker Oats, and Star Kist. Rocky became board certified in civil trial law by the National Board of Trial Advocacy, an American Bar Association accredited organization, in December 1995, and by the Tennessee Commission on Continuing Legal Education and Specialization in February 1996. Before attending law school, he was a trainer with the University of Tennessee Athletic Department from 1977-1982, and was an authorized sports agent for the players’ associations of the NFL, NBA, and MLB for several years thereafter. Rocky enjoys an “AV” rating, as voted by his peers, in the national Martindale-Hubbell Law Directory. He is a member of the Knoxville Bar Association, the Tennessee Bar Association, and the American Bar Association. He is also a member of the Tennessee Defense Lawyers Association, the Defense Research Institute, Trucking Industry Defense Association, Transportation Lawyers Association, and Phi Alpha Delta Law Fraternity International. Rocky currently serves on the Board of Directors of The AD Foundation, and formerly served as the Director of the Kiwanis Club of Knoxville Inc.’s Fresh Air Camp, a camp for underprivileged children, and formerly served on the Board of Directors at West End Academy and formerly served on the Board of the Consumer Credit Counseling Service of Greater Knoxville, Inc., and formerly served on the Board of the Whittington Creek Homeowners Association, including having served as President.