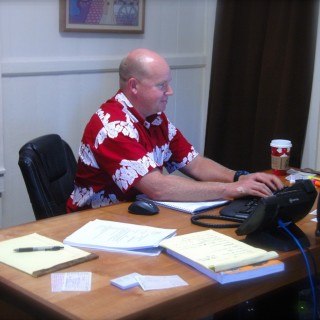 Robert K. Olson, is an attorney who handles a wide variety of matters. With an emphasis in litigation, Robert handles civil, probate, trust, family, and criminal cases in the District, Family, and Circuit Courts in Kealakekua, Kailua-Kona, and Kamuela.

Robert was born and raised in Kona. He attended Konawaena Elementary and graduated from Hawaii Preparatory Academy in 1995, where he ran track, cross-country(Captain), and played basketball. At HPA received the Career Athlete Award.

Robert attained a Bachelor of Arts Degree in 1999 at Brandeis University in Massachusetts (Cross Country - Captain, All-American). Robert received his Juris Doctor Degree in 2002 from Western New England College of Law. Thereafter Robert clerked for Judge Glenn S. Hara in the Third Circuit Court in Hilo. After his clerkship, Robert worked for more than five years as a Deputy Public Defender on both Maui and O`ahu. Robert has extensive experience in jury and bench trials.