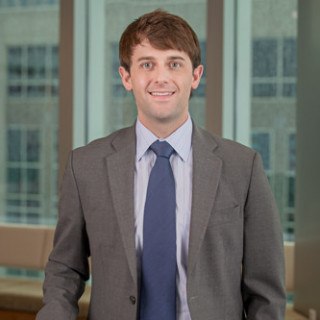 Mike’s practice involves complex commercial disputes regarding intellectual property, insurance, securities, and constitutional, international, and comparative law. As a result of his unique background, he also has developed an expertise specific to media and entertainment law. He has experience at all levels of litigation from trial court to final appeal and especially enjoys helping innovative startups find creative solutions to practical and legal dilemmas.

With Parr Brown’s Media and First Amendment group, Mike helps businesses and individuals with a variety of privacy, defamation, and public-access issues under state and federal law. He regularly assists journalists and others seeking access to information from the government through the Freedom of Information Act and Utah’s Government Records Access and Management Act (GRAMA) or Open and Public Meetings Act.

Since first joining Parr Brown, Mike has devoted a significant part of his practice to pro bono work. Through Parr Brown’s Freedom of Information Hotline, he has handled countless public-access cases. With the ACLU, he and other Parr Brown attorneys challenged the constitutionality of Ogden’s “anti-gang injunction,” which the Utah Supreme Court invalidated as a result of their appeal. On behalf of a coalition of media outlets, he helped secure the release of surveillance footage of a fatal shooting during a criminal proceeding in a federal courtroom. And with other Parr Brown attorneys, he has been helping refugees seek asylum in the United States.

Mike’s accomplishments have been fueled by a tireless work ethic. Prior to joining Parr Brown, he won an award at an international film festival, managed political campaigns, was a licensed stockbroker, backpacked throughout Europe twice, volunteered at a civil-rights organization to help families displaced by hurricanes, and slept at countless truck stops across the country as the singer and guitarist for a touring rock band.

Co-Author, Open Government Guide: Access to Public Records and Meetings in Utah
Reporters Committee for Freedom of the Press