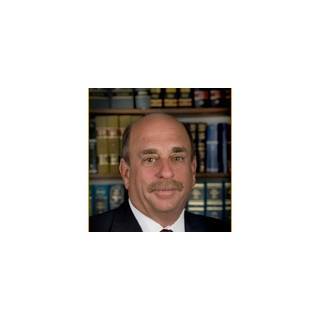 In practice since 1977, Marty Kohler has developed a reputation as a talented and tenacious litigator, and has been consistently recognized by his peers as a leader in criminal defense. Over the last three decades, Marty has successfully handled thousands of cases, from white-collar offenses to arsons, sexual assaults to drug conspiracies, and virtually everything in between.

Marty is especially well known for his work in homicide cases. He has represented hundreds of homicide defendants, and built up a remarkable record of acquittals, a number of which have involved confessions by the accused. Contrary to the common adage that "if you kill someone, you go to prison," Marty has on several occasions been able to obtain probation for defendants who have been convicted of homicide.

Marty is equally well known for his successful representation of law enforcement officers, court commissioners, judges and other elected officials in a wide variety of legal proceedings, from civil matters to pre-indictment criminal investigations and beyond.

Marty regularly handles high-profile cases, some of which have appeared in the New York Times, the Wall Street Journal, the Los Angeles Times, the Washington Post, Newsweek, and dozens of other publications. He has appeared numerous times in the national broadcast media, including MSNBC and Dateline, and is frequently sought out as a commentator on criminal law issues.

Marty has taught continuing legal education courses since 1984, including presentations to the National CLE Conference in Criminal Law and throughout the state of Wisconsin. For more than two decades, he has been a coordinator and presenter for the Annual Conference on Recent Developments in Criminal Law at Marquette University's Center for Continuing Legal Studies. Since 1994, Marty has also been a regular presenter to law enforcement officers from around the state at the Wisconsin Department of Justice's annual Death Investigation School. He is a past chair of the Criminal Section of the Milwaukee Bar Association, a position he held for eight years.

Marty earned his Bachelors degree from the University of Wisconsin and his law degree from Hofstra University. Before founding Kohler & Hart, he was a partner in the Milwaukee law firm of Levine, Epstein and Kohler. Marty is licensed to practice in Wisconsin state and federal courts, the Seventh Circuit Court of Appeals, and the United States Supreme Court.