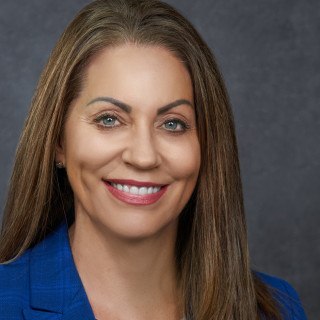 Marjorie finds the law rewarding because of the satisfaction of her clients.
Review This Lawyer
Compare Save
Badges
Claimed Lawyer Profile
Biography

Following graduation from Weber State University in 1990 with a Bachelor of Science in English and a Business Minor, Marjorie obtained her law degree from J. Reuben Clark Law School at Brigham Young University in 1993, where she was active in the Student Bar Association.

Marjorie opened the firm of Goldsmith & Guymon, P.C. with Dara J. Goldsmith in 1996. She practices primarily in bankruptcy, business law, estate planning, family law, guardianship, probate and trust administration. Marjorie is licensed in Nevada and Utah, admitted to practice in both state and federal courts in both jurisdictions. She is also admitted to practice before the 9th Circuit Court of Appeals and the U.S. Supreme Court.

Marjorie has practiced law in the Las Vegas area in excess of 25 years during which time she has served the community providing significant pro bono legal services. Among other accolades, she received the Legal Aid Center of Southern Nevada Pro Bono Attorney of the Year Award in 2011, while her firm has received the Clark County Pro Bono Law Firm of the Year Award in 2001, Legal Aid Center of Southern Nevada’s Lied Award for most pro bono cases taken by a law firm in 2008, and the Clark County Pro Bono Project’s Law Firm of the Year in 2008.

When not working, Marjorie spends her time with family and friends, traveling, hiking, cycling, and volunteering.