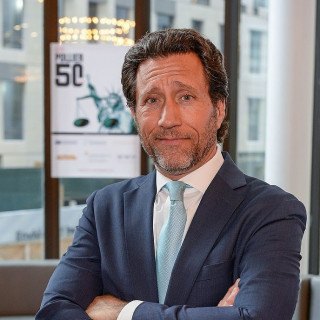 DAVID M. ODDO is a prominent New York trial attorney known for his attention to his clients, as well as his extensive trial experience, which has resulted in many large verdicts and settlements. He has dedicated his career to representing people whose lives have been devastated by the negligence and recklessness of others.
Mr. Oddo concentrates his practice in the litigation and trial of complex civil cases in medical malpractice, products liability, and catastrophic personal injury. Mr. Oddo is a Past President, of the New York State Trial Lawyers Association (NYSTLA) and a Fellow of the American Bar Foundation, a distinction given to less than one percent of lawyers licensed to practice in each jurisdiction. He is a member of the American Bar Association and the American Association of Justice among a number of other local bar associations. He obtained his Juris Doctorate at the Jacob D. Fuchsberg Law Center at Touro College (1989), where he was an Editor of the Touro Law Review (1988-1989). He was admitted to the New York State and Connecticut Bar in 1990 and is also admitted in the United States District Courts, Southern and Eastern Districts of New York (1993). In May 2016, Mr. Oddo was honored to be admitted to practice before the United States Supreme Court.
Mr. Oddo has represented clients in a number of high profile civil and criminal cases throughout the State. He was named to City & State’s Law Power 50, recognizing Mr. Oddo as one of the most influential lawyers in New York. He was highlighted in Top Lawyers Northeast and Top Lawyers New York, by Arrive Magazine in 2011 and has been named to City and State Magazine's 50 Over 50 list of distinguished and impactful New Yorkers (2018 and 2019). He has also served as a lecturer on topics concerning trial practice, the economist’s role in trial preparation and presentation, the use of biomechanical experts at trial, as well as the role and function of the U.S. Civil Justice System.

David Lesch discusses Child Victims Act (CVA) extends the statute of limitations for a survivor of child sexual abuse in criminal and civil cases in New York, as well as...

Today's Verdict host David Lesch discusses with Attorney of Okun, Oddo & Babat P.C David Oddo, about workers safety and protection every labor should know about. After, David talks about...