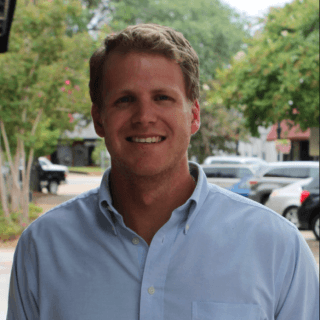 Cameron McCormick practices in the areas of criminal defense, family law, and general litigation. Cameron earned a Bachelor of Science in Business Administration, cum laude, from Mississippi College and his Juris Doctor from Mississippi College School of Law, where he graduated in the top third of his graduating class. While in law school, Cameron was awarded with the highest average in his Trial Practice class and was the recipient of the American Board of Trial Advocates Scholarship. Cameron was also an active member of the Moot Court Board where he served as an External Trial Chair. While competing on the Moot Court Board, Cameron received a regional championship in the American Bar Association Arbitration Competition and was runner-up at the National Competition. Cameron spent his time in law school gaining experience from both sides of the law. While attending classes during the semester, Cameron served as a law clerk for the firm of McKay Lawler Franklin & Foreman PLLC, where he gained valuable experience in civil defense. During his summers, he spent his time at the Office of the District Attorney for the 19th Judicial District, where he was sworn in for limited practice to assist in trying numerous criminal cases to a jury. Cameron has assisted with numerous felony cases, including felony leaving the scene of the accident, driving under the influence, aggravated assaults, drug-related charges, and homicides. Cameron is admitted to practice before all Mississippi state courts and the United States District Courts for the Southern and Northern Districts of Mississippi, and the United States Court of Appeals for the Fifth Circuit. Cameron is currently a member of the Jackson County Young Lawyer's Association, Jackson County Bar Association, the National Association of Criminal Defense Lawyers, and the American Bar Association.