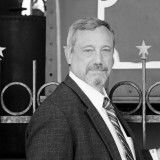 Claimed Lawyer Profile
Bobby L Phillips
LIVINGSTON, TX Lawyer
(936) 327-5619 419 N Washington Ave
LIVINGSTON, TX 77351
Criminal, Estate Planning and Probate
Texas A&M University School of Law
Compare Save
Show Preview
View Lawyer Profile Email Lawyer
Prior to entering the practice of law, Bobby L Phillips had a career in the corrections industry that spanned over 27 years. Bobby served as deputy warden and/or Senior Warden at multiple state and private correctional facilities. Having returned to his southeast texas home of Livingston, he now practices law in the area and is dedicated to providing honest and affordable representation to his clients. In addition to his law practice Bobby is a well regarded public speaker; speaking on his interesting background, career, family and faith.

Claimed Lawyer ProfileSocial Media
Pitts Carr
Atlanta, GA Lawyer with 48 years of experience
(404) 442-9000 4200 Northside Parkway NW
Building 10
Atlanta, GA 30327
Free ConsultationLegal Malpractice, Personal Injury, Products Liability and Securities
Duke University School of Law and The University of Georgia School of Law
Compare Save
Show Preview
View Website View Lawyer Profile Email Lawyer
Pitts Carr is one of the founding partners of the nationally recognized law firm Carr & Weatherby, LLP. During his 43-year tenure as a trial attorney, Mr. Carr has become one of the most respected and experienced attorneys in the Southeast. He has been described as a tough litigator with a reputation for professionalism and high ethical standards in the courtroom. He also is known for his unequaled success rate. Mr. Carr graduated with a bachelor’s degree in economics from the University of Georgia, followed by a J.D. degree from Duke University Law School in 1972. He has...

Brad has worked for many years as a trial attorney almost exclusively handling medical malpractice cases. His practice focuses on representing children with cerebral palsy or other birth injuries caused by obstetric or pediatric malpractice. Several of the cases he has settled or won at trial have been reported in a number of legal publications.

In 1980, the State of Arkansas called upon Brad Hendricks to bring the prison system... 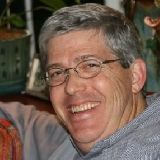 
Business and Securities
Cumberland School of Law, Samford University
Compare Save
Show Preview
View Website View Lawyer Profile Email Lawyer
Gerry Balboni is an experienced deal lawyer representing growth companies, investors, and buyers and sellers of growth companies. He has distinctive expertise in venture capital, private equity, acquisitions, and licensing and distribution of technology and software. Gerry brings a results-oriented approach to every engagement. He knows what works and what doesn't. Gerry graduated from the University of South Florida in 1975 with a B.A. in English, from the Graduate School of Business of Stetson University in 1977 with an MBA, and from the Cumberland School of Law of Samford University in Birmingham, Alabama in 1984 with a J.D., cum laude....
FirstPrevious
FAQ Lawyers Get Listed