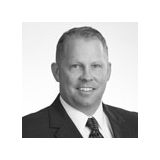 Claimed Lawyer ProfileBlawg SearchSocial Media
Christopher Michael Cobb
Jacksonville, FL Attorney with 20 years of experience
(904) 389-0050 One Independent Drive
Suite 1400
Jacksonville, FL 32202
Construction
Compare Save
Show Preview
View Website View Lawyer Profile Email Lawyer
Christopher Cobb is a co-founder of Jimerson & Cobb and practices in the areas of construction litigation, business litigation and commercial collections. Mr. Cobb is recognized as an expert in construction law by The Florida Bar as a Board Certified Construction Attorney. He is AV® rated by Martindale Hubbell, recognized by his peers as having the highest level of ethical standards and professional ability. Mr. Cobb has been selected by Florida Super Lawyer Magazine as a Rising Star in Construction Law for 2009, 2010, 2011 and 2012. He was honored by the Jacksonville Business Journal... 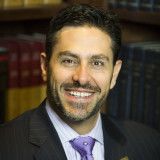 Born in Augusta, Georgia, Jeff was admitted to the Georgia Bar in 1997 after receiving his J.D. degree from the Washington University School of Law in St. Louis. Jeff graduated in 1994 from the University of Virginia with a major in History. He took a Judicial Clerkship in 1996 for Chief United States Magistrate Judge for the Eastern District of Missouri, Judge David...
FirstPrevious
FAQ Lawyers Get Listed