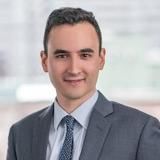 Before joining the firm, Mr. Fischer interned within the Affirmative Civil Enforcement unit at the U.S. Attorney’s Office for the District of Massachusetts, principally on False Claims Act cases. He also interned for the Honorable Bruce Selya of the First Circuit Court of Appeals, as well as Oxfam America, the Suffolk County District Attorney’s Office, and Altshuler Berzon LLP. Prior to law school, Mr. Fischer worked for...
Compare Save 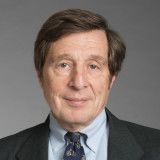 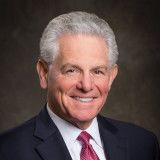 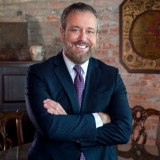 Claimed Lawyer ProfileSocial Media
John D. Ray
Baton Rouge, LA Lawyer with 22 years of experience
(225) 960-4449 212 Laurel Street
Baton Rouge, LA 70801
Free ConsultationPersonal Injury and Workers' Comp
Southern University Law Center
Show Preview
View Website View Lawyer Profile Email Lawyer
John D. Ray is the owner and operator of The Ray Firm, LLC and has practiced law for over 20 years and specializes in workers’ compensation. He opened his law firm in Baton Rouge in 2016 after years of working for New Orleans and Lafayette based defense firms, serving as Assistant Attorney General for the Louisiana Department of Justice and then serving as the Section Chief of Workers’ Compensation Section of LDJ. In addition to his role as Section Chief, he served as an in-house legal advisor to the Office of Risk Management and the Louisianan Department of Justice regarding...
Compare Save

Claimed Lawyer Profile
Charles A. Ray Jr.
Washington DC, DC Lawyer with 32 years of experience
(202) 824-8123 1001 16th Street, NW
Washington DC, DC 20036
Free ConsultationTax
Show Preview
View Lawyer Profile Email Lawyer
Consistently awarded the highest rating in legal ability and ethical standards by his peers, Charles Ray is a seasoned, successful and highly regarded tax attorney. He served as an attorney to the Chief Counsel, IRS for eight years and twice received the Chief Counsel’s Outstanding Performance Award. His experience now benefits companies and individuals of all earning and income levels. Highly accessible, Charles works diligently to quickly and expertly solve a tax problem, whether its structuring domestic and foreign commercial transactions, or resolving matters of controversy including but not limited to, individual and company liability for employment taxes,...
Compare Save

Mark applies a business-oriented, customer service approach toward litigation. He has developed this mindset over his several years as regional counsel to a...
Compare Save 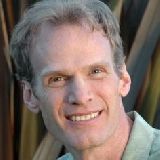 Free ConsultationDivorce, Domestic Violence, Family and Juvenile
University of the Pacific, McGeorge School of Law
Show Preview
View Website View Lawyer Profile Email Lawyer
Michael Fischer is a licensed California attorney licensed to practice in both state and federal court. Mr. Fischer has handled hundreds of contested and uncontested family law matters. He is known for his ability to guide his clients through the tumultuous processes of family court in an aggressive yet compassionate manner. Mr. Fischer graduated Cum Laude from Saint Joseph’s College in Rensellaer Indiana with a degree in Business Administration and Marketing and a minor in Political Science. For twenty-two years he oversaw the growth of his photography studio and photo processing laboratory in Soldotna, Alaska as well as owning and...
Compare Save

Claimed Lawyer ProfileQ&A
Marshall Jason Ray
Albuquerque, NM Attorney with 12 years of experience
(505) 312-7598 201 Twelfth St NW
Albuquerque, NM 87102
Free ConsultationCriminal and Domestic Violence
University of New Mexico
Show Preview
View Lawyer Profile Email Lawyer
Marshall Ray is an award-winning attorney who has experience in a variety of criminal and civil litigation matters. He represents the accused in state and federal court. His civil experience includes labor and employment, construction, business litigation, civil rights, and appeals. Marshall has extensive experience in government relations, and he advises and consults with private and governmental organizations regarding their employee policies and practices. Additionally, he has conducted large-scale internal investigations. In 2014 he was named New Mexico’s Outstanding Young Lawyer of the Year by the State Bar of New Mexico. In 2015, he...
Compare Save 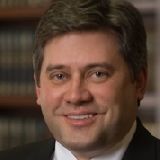 Mr. Fischer has been able to obtain many sizable settlements and jury...
Compare Save 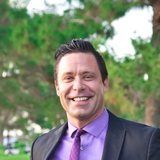 Free ConsultationArbitration & Mediation, Criminal, DUI & DWI and Personal Injury
Pepperdine University School of Law and University of Tulsa College of Law
Show Preview
View Website View Lawyer Profile Email Lawyer
Attorney Fischer is an especially skilled negotiator as his education includes specialized settlement advocacy training from Pepperdine University. This distinguishes him from his peers who typically only have a law degree, which in most cases teaches very little about settlement advocacy.

Attorney Fischer is a graduate of the University of Tulsa...
Compare Save 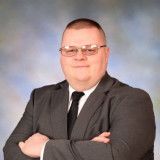 He has served in the U.S. military as a Legal Intern in the U.S. Air force and as a Sergeant...
Compare Save 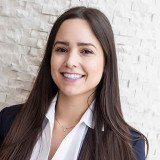 Caroline was born in Sao Paulo, Brazil where she started her legal career. After earning her Bachelor of Law degree from Mackenzie University, she became an attorney in Brazil in 2011. After one year practicing Brazilian civil law, she decided to expand her education and experience. In 2012, she moved to the United States aiming to improve her legal studies. She earned her Master's degree from Boston University School of Law and...
Compare Save

Free ConsultationPersonal Injury and Social Security Disability
Pennsylvania State University - Dickinson School of Law
Show Preview
View Website View Lawyer Profile Email Lawyer
Allan J. Ray was born in Chester County, Pennsylvania and continues to reside there to this day. Al Graduated from Phoenixville Area High School, and relocated to Idaho to attend the University of Idaho. After graduating with honors, Al returned back to Pennsylvania and attended law school at the Penn State Dickinson School of Law where he was a member of the editorial board of the Penn State Environmental Law Review. During law school, Al volunteered at Legal Aid of Southeast Pennsylvania in Pottstown where he helped indigent individuals through civil and family law matters including child custody and support. 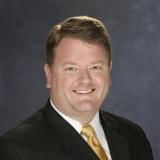 Free ConsultationAppeals, Criminal, Family and Personal Injury
Creighton University School of Law
Show Preview
View Website View Lawyer Profile Email Lawyer
A practicing attorney licensed in both Utah and Nevada, Matthew Carling has previously been a prosecutor for the District Attorney's Office of Lincoln County, Nevada, has served as a defense attorney, and also as Judge Pro Tempore for the North Las Vegas Municipal Courts. A graduate of Brigham Young University, he received both his Juris Doctor and Master's of Business Administration from Creighton University in Omaha, Nebraska.
Compare Save

Free ConsultationPersonal Injury
Widener University Delaware School of Law
Show Preview
View Website View Lawyer Profile Email Lawyer
Mr. Raymond joined Raymond Coleman Heinold & Norman in October of 2012. Prior to joining the firm, Mr. Raymond served as the law clerk to the Honorable John A. Almeida, J.S.C., for the 2007 to 2008 court year. After his term as a judicial clerk, Mr. Raymond joined the Burlington County Prosecutor Office, where he served as an Assistant Prosecutor from September of 2008 to October of 2012. In his four years with the Burlington County Prosecutor’s Office, Mr. Raymond experienced all aspects of criminal litigation from case investigation, prosecution, and through the appellate process. In addition to...
Compare Save 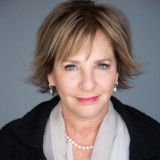 Free ConsultationArbitration & Mediation, Divorce and Family
Show Preview
View Website View Lawyer Profile Email Lawyer
Massachusetts divorce mediator, Attorney Tracy Fischer has practiced Massachusetts Family Law since 1987 and has mediated divorces in Massachusetts since 1990. Tracy's BA Degree from Tulane University in Psychology and J.D. degree from Suffolk University School of Law provide her with the background to work with people who are in emotional crisis and to assist them in crafting legally binding divorce agreements. Tracy is a Certified Massachusetts Divorce Mediator and Board Member of the Massachusetts Council on Family Mediation. Tracy is a trained divorce mediator and has over 19 years of experience assisting couples in achieving an amicable resolution to an often...
Compare Save

As an attorney, Mr. Ray believes that the most important aspect of his work is...
Compare Save 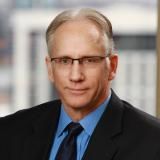 IP
Show Preview
View Website View Lawyer Profile Email Lawyer
Mr. Fischer has been counsel for his clients on numerous patent infringement cases in the Federal Courts from coast to coast, representing clients from North America, Asia, and Europe. As a patent attorney, Mr. Fischer’s clients benefit from his extensive engineering and business management experience. As a licensed professional engineer, Mr. Fischer holds several U.S. patents of his own. He has successfully prosecuted over 100 patents for his clients domestically and internationally. Mr. Fischer has built and managed manufacturing facilities, and served in capacities ranging from Project Manager to Vice-President of various companies. He regularly negotiates licenses for his clients...
Compare Save 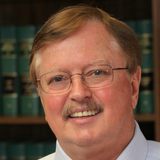 Claimed Lawyer Profile
Arthur Ray Jr
Memphis, TN Lawyer with 48 years of experience
(901) 475-8200 6244 Poplar Ave., Suite 150
Memphis, TN 38119
Free ConsultationBankruptcy
University of Mississippi
Show Preview
View Website View Lawyer Profile Email Lawyer
Arthur E. Ray, Jr., the founding partner of Arthur Ray Law Offices, attended the University of Mississippi and graduated Cum Laude in 1963 with a Bachelor of Business Admin degree in Accounting, having been admitted as a member of the Honor Society of Phi Kappa Phi. In 1966 he obtained his Juris Doctorate degree, finishing in the upper 10% of his law class. He was admitted to practice law in Mississippi in 1966 and in Tennessee in 1969. He was admitted to the Tennessee Society of Certified Public Accountants in 1971.
Compare Save
Next
FAQ Lawyers Get Listed