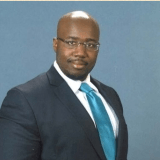 Claimed Lawyer ProfileSocial Media
Abel L. Pierre
New York, NY Lawyer
(888) 744-0757 140 Broadway
46th Floor
New York, NY 10005
Collections, Consumer and Foreclosure Defense
Fordham University
Compare Save
Show Preview
View Website View Lawyer Profile Email Lawyer
Debt collectors are notorious for using aggressive tactics and these efforts can go too far in certain situations. That is why certain laws have been enacted and through them, support can be offered. Still it is not always enough and the firm representation of a New York City debt collection defense lawyer can be a great asset to find a solution. Attorney Abel Pierre is a highly adept professional who uses his knowledge of the law to protect the rights and interests of his clients. Having practiced law for over 12 years, he has a deep level of insight that...