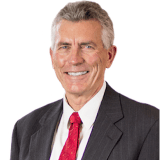 Between ranching, fishing and hunting, Randy developed an early appreciation for natural resources. His...


Free ConsultationBankruptcy and Consumer
Birmingham School of Law(AL)
Compare Save
Show Preview
View Website View Lawyer Profile Email Lawyer
For over 25 years, Mr. Underwood has represented clients in class actions and complex litigation in state and federal courts, including coordinated and multi-district proceedings. Soon after Mr. Underwood received his license, he served as the Chapter 7 Bankruptcy Trustee in the U.S. Bankruptcy Court of the Northern District of Alabama Eastern Division from 1987 until 1988. Legal Experience Mr. Underwood practices in the complex litigation area. He has participated in the prosecution of numerous class actions on behalf of injured plaintiffs. Mr. Underwood's experience includes serving as court-appointed lead class counsel and/or liaison counsel on behalf of plaintiffs in numerous class actions... 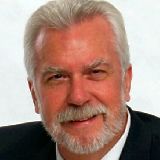