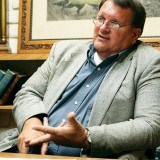 Claimed Lawyer ProfileSocial Media
Michael Applebaum
Bensalem, PA Lawyer with 54 years of experience
(215) 977-4525 3910 Bristol Pike
Bensalem, PA 19020
Free ConsultationPersonal Injury
Show Preview
View Website View Lawyer Profile Email Lawyer
Attorney Michael H. Applebaum has tried hundreds of cases and represented thousands of clients in his over 40 years of practicing law in Pennsylvania. His professionalism, conversational style, statesmanlike honesty and tenacious trial methods have earned him the respect of Judges, jurors, clients, associates, and the community as a whole. Perhaps one of the most difficult and best known cases in which Michael H. Applebaum was involved was the murder of a Philadelphia teenager named Eddie Polec on November 11, 1994 about which the book In Eddie’s Name: One Family’s Triumph over Tragedy was written. In 1960, entered...
Compare Save
FAQ Lawyers Get Listed