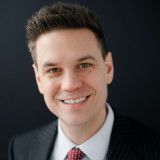 Ben Crocker grew up in Franklin, Kentucky. He was the 1984 valedictorian of Franklin-Simpson High School, and spent his summers working at the Franklin pool. Ben’s father, Ken Crocker, was a veterinarian in Simpson County. His mother, Helen...

Claimed Lawyer Profile
Glenn Edward Auletta
(631) 786-4742 NY
University of La Verne College of Law
Compare Save
Show Preview
View Lawyer Profile Email Lawyer
As the senior trial attorney in one of Long Island’s top plaintiff personal injury firms, Glenn Auletta personally directs and supervises the trial department of the firm and insures that injury victims receive the highest level of trial readiness, mixed with an aggressive flair that punctuates our conviction in our clients claims and leads to top value settlements or successful courtroom verdicts. His trial experience emanates from his career as an aggressive, rising star in the criminal defense bar of Los Angeles, where he handled serious criminal trials. This intense exposure to the Los Angeles District Attorneys office developed...
FAQ Lawyers Get Listed