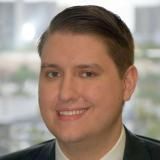 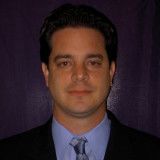 Free ConsultationPersonal Injury
St. Thomas University School of Law
Show Preview
View Website View Lawyer Profile Email Lawyer
Joshua is the Founding Owner of The Law Offices of Joshua . J. Hertz, PA. He began his legal career clerking for his brother law firm Eric Hertz P.C., in Atlanta in the late 90s. He helped with many trials in which some have reached record-breaking verdicts in the State of Georgia. After graduating from law school he knew he wanted to open up his own law firm fighting for the inured persons and fighting against insurance companies.

Joshua is also a graduate from the Florida Bar Leadership Academy in which only 40 lawyers are selected per year...
Compare Save

Never the sportiest fella, East Cobb, Georgia didn't inspire him to a sportsball career despite his innate athletic ability. Graduating from The Walker School Josh went North, to Clark University, MA (Hippies and folks from New York, and SO MANY international people!). Chasing young love back to Georgia, Josh graduated from Georgia State University College of Law in 2002 without any honors. He was on Mock Trial and did Moot Court, though. And was fun. 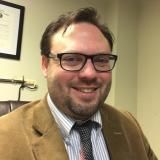 Criminal, Divorce, Family and Real Estate
Western Michigan University Cooley Law School
Show Preview
View Website View Lawyer Profile Email Lawyer
Joshua is a native of Herkimer County. After college, he served our country as a Marine Officer, achieved the rank of Captain, and served on three deployments to the Middle East. Following service in the Marines, Joshua attended the Thomas M. Cooley Law School where he graduated Magna Cum Laude and was admitted to the New York State Bar in 2015. Joshua gives 100% to everything he does. Following a recent jury trial in the Village of Herkimer [Docket No. 17050159], Joshua's client was found not guilty on all counts which was the first misdemeanor acquittal in Herkimer County in...
Compare Save

Free ConsultationBankruptcy, Business, Consumer and Foreclosure Defense
University of North Carolina School of Law
Show Preview
View Website View Lawyer Profile Email Lawyer
Joshua B. Farmer was born in Hendersonville, North Carolina, but has lived in Rutherford County since 1986. Upon his admission to the bar, Josh joined the firm of Tomblin and Perry Attorneys in Spindale, North Carolina. Currently, Josh is a partner in Tomblin, Farmer & Morris, PLLC. Since beginning his practice, Josh has been serving the citizens of Western North Carolina and Upstate South Carolina for their legal needs. His practice focuses on bankruptcy matters and civil litigation. This includes representing individual and business debtors in bankruptcy in their Chapter 7 and Chapter 13 matters. ...
Compare Save 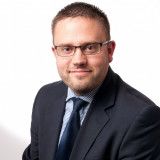 Claimed Lawyer ProfileSocial Media
Joshua Blanchard
Greenville, MI Lawyer with 12 years of experience
(616) 773-2945 309 S. Lafayette Street
Suite 208
Greenville, MI 48838
Free ConsultationCriminal, DUI & DWI, Domestic Violence and White Collar Crime
Western Michigan University Cooley Law School
Show Preview
View Website View Lawyer Profile Email Lawyer
Joshua Blanchard is a trial lawyer who holds a BBA in Accounting from Northwood University and a Juris Doctor from Thomas M. Cooley Law School. He operated a solo law practice representing clients in criminal trial matters throughout the state of Michigan. He has tried a number of jury trials to verdict and has obtained “not guilty” verdicts for his clients in both bench and jury trials. Mr. Blanchard is admitted to practice in Michigan state courts as well as in Federal Court for the Eastern and Western districts of Michigan. Mr. Blanchard represents people in need...
Compare Save 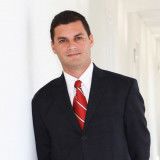 Prior to becoming a founding partner of our firm, I was an Assistant State Attorney in Miami-Dade County, Florida where he had extensive Jury trial experience.

I also practiced in the private sector with several law firms, specializing in Family Law, Criminal...
Compare Save
FAQ Lawyers Get Listed