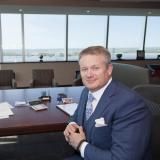 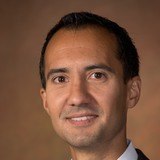 Claimed Lawyer ProfileSocial Media
John Thomas Arechigo
St Paul, MN Lawyer with 14 years of experience
(651) 222-6603 360 Robert St N #406
St Paul, MN 55101
Free ConsultationCriminal and DUI & DWI
Hamline University School of Law
Show Preview
View Website View Lawyer Profile Email Lawyer
Attorney John Arechigo has a passion for criminal defense. He devotes nearly 100% of his practice to defending individuals charged with a crime. The other small portion of his practice is reserved for helping clients with collateral issues, perhaps unrelated to being charged with a crime. John is well-connected within the Minnesota criminal defense community. He has a number of valuable resources readily available to his clients, including expert investigators, chemical and mental health experts, sentencing experts, and other legal professionals. John is also easily approachable and accessible to his clients. He strives to...
Compare Save 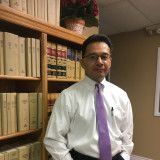 Born and raised in California to first-generation immigrants, I've known the value of hard work all my life. My father did manual labor for over five decades, and now I work to protect the rights of people just like him. I've worked continuously since the 5th grade as a shoe shiner, newspaper boy, dishwasher, janitor, landscaper, pizza deliverer, cook at McDonald's and Burger King, construction worker, and carpenter. In short, I'm not afraid to get my hands dirty.

I graduated with Honors...
Compare Save

Free ConsultationDivorce and Family
Regent University School of Law
Show Preview
View Lawyer Profile Email Lawyer
I grew up in and around Fort Atkinson. I went to college and law school in Oklahma and Virginia respectively. I lived in China for a month, and I lived in and around Israel for two weeks. I had the honor and privilege of studying under Former U.S. Attorney-General John Ashcroft; Sitting Virginia Supreme Court Justice D. Arthur Kelsey; Professors Brad Jacob and James Duane, who had U.S. Supreme Court Justices Antonin Scalia and Stephen Breyer as law professors; Ben Madison, who writes law school Civil Procedure text books for Carolina Academic Press, a national law school textbook publisher;...
Compare Save 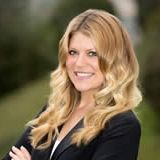 Her efforts have helped the San Diego law firm grow to one of the most well known personal injury firms in the US. The year following that case, Bajo and the team achieved over $100 million in personal injury results for clients. Bajo has worked with clients injured on construction sites, in auto, motorcycle and bicycle collisions, by dangerous products in mass tort litigation, and...
Compare Save

Free ConsultationNorfolk, VA Attorney with 30 years of experience
Personal Injury
Thomas M. Cooley Law School
Show Preview
View Website View Lawyer Profile Email Lawyer
Jim Hurley has been practicing injury law throughout Virginia for over two decades. He has tried more than 100 cases and handled hundreds more that were settled out of court. He is guided by the principle that the client is in charge of his or her case and should be kept fully aware of the litigation process.

Jim Hurley and John Cooper set up Cooper Hurley Injury Lawyers in 2011. In recent years the firm appointed a third partner Bill O’Mara and fourth partner Griff O'Hanlon. The firm retains its family friendly focus and does not represent criminal defendants like...
Compare Save
FAQ Lawyers Get Listed