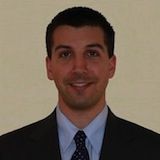 Jeremy Scott Bloom
Weehawken, NJ Lawyer with 18 years of experience
(201) 352-4951 1000 Harbor Blvd FL 8
Weehawken, NJ 07086
Arbitration & Mediation, Securities and Stockbroker Fraud
University of Michigan Law School
Compare Save
Show Preview
View Lawyer Profile
Jeremy Bloom practices in the fields of government investigations and litigation, securities arbitration, complex commercial litigation, and securities enforcement and compliance. From March 2002 until July 2005, Mr. Bloom was an associate in the Corporate Finance Department of Skadden, Arps, Slate, Meagher & Flom in New York City. Mr. Bloom then joined the New York Stock Exchange as an attorney in its Division of Enforcement in August 2005. Mr. Bloom was Trial Counsel in NYSE Regulation's Division of Enforcement in 2007 when he, along with most of the Division of Enforcement, combined with the NASD's Enforcement Department to form the Enforcement...