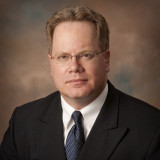 (1 Peer Review)
(314) 569-9882 12747 Olive Blvd., Suite 300
St. Louis, MO 63141
Free ConsultationSt. Louis, MO Attorney with 27 years of experience
Criminal, DUI & DWI, Personal Injury and Traffic Tickets
University of Missouri - Columbia
Show Preview
View Website View Lawyer Profile Email Lawyer
James Feely, Jr. is an experienced DWI/DUI and criminal defense attorney who practices in St. Louis County, St. Charles County, and other Missouri counties. He provides skilled and aggressive representation to those who have been arrested or ticketed due to alleged law violations. During his 27 years as a trial attorney, Mr. Feely has obtained exceptional results for his clients, including those facing charges such as DWI/DUI, drug charges, and many others.
Compare Save

Claimed Lawyer ProfileSocial Media
James Bartlett Jr
Houston, TX Attorney with 25 years of experience
(713) 228-4100 1113 Vine Street
Suite 240
Houston, TX 77002
Bankruptcy, Business and Energy
South Texas College of Law
Show Preview
View Website View Lawyer Profile Email Lawyer
James “Jim” Bartlett, Jr. is an experienced trial lawyer who also offers deal negotiation services to his corporate clients, including all aspects of drafting and completion of the related contractual agreements. Jim has successfully represented numerous corporations and other business entities in complex litigation matters throughout and outside the United States for over 22 years, including nine years as a partner in a national Am Law 200 firm. 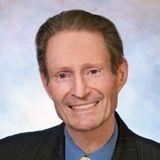 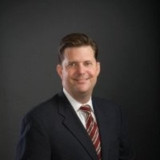 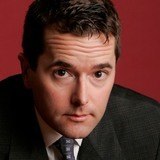 Claimed Lawyer ProfileSocial Media
James Beasley
Philadelphia, PA Lawyer with 22 years of experience
(888) 823-5291 1125 Walnut Street
Philadelphia, PA 19107
Free ConsultationMedical Malpractice, Personal Injury and Products Liability
University of Pennsylvania Law School
Show Preview
View Website View Lawyer Profile Email Lawyer
Jim Beasley Jr. is the Managing Member of The Beasley Firm, LLC, a Philadelphia law firm with over a 50 year tradition of excellence and with awards of over $2 billion dollars in all aspects of complex civil litigation. Jim is also a M.D., and has worked on or tried some of the Firm’s largest cases. These include the $104 million 9/11 verdict as well as the largest medical negligence verdicts in the history of Pennsylvania. Jim has both his medical degree and his law degree from the University of Pennsylvania, and a Masters in Trial Advocacy from Temple...
Compare Save

(1 Peer Review)
(918) 594-0000 2121 S. Columbia
Suite 580
Tulsa, OK 74114
Free ConsultationTulsa, OK Lawyer with 8 years of experience
DUI & DWI
University of Tulsa College of Law
Show Preview
View Website View Lawyer Profile Email Lawyer
Clint James is part of the Wyatt Law Office. He started his career in Tulsa with a criminal defense and civil rights law firm and later became a partner in a full-service law firm in Tulsa. While in law school at the Tulsa University, he worked as a legal intern/law clerk for a number of prominent lawyers including Tom Seymour (Tulsa), Stephen Jones (Jones, Otjen & Davis in Enid), The Zurawik Firm (Tulsa) and Bob Wyatt (Oklahoma City). He also worked as a runner and staffer while in high school and college for the Law Office Szlichta & Ramsey...
Compare Save 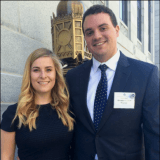 Free ConsultationBusiness, Criminal and DUI & DWI
University of Kansas School of Law
Show Preview
View Website View Lawyer Profile Email Lawyer
Scott is the founder of the James Law Firm LLC. After graduating in the top third of his class at KU law, Scott practiced civil litigation and advice at the law firm of Riling, Burkhead and Nitcher, Chtd in Lawrence, Kansas from 2006-2008. He worked as an Assistant County Attorney in Dodge City Kansas from 2008-2016 handling all types of cases, including homicide, violent crime, property crime, traffic, and other cases. Mr. James was an integral part of the 2011 Dodge City RICO indictment of the Norteno Street Gang in Dodge city. Scott has had the privilege of serving as...
Compare Save
Next
FAQ Lawyers Get Listed