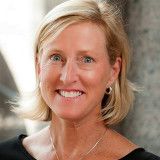 Claimed Lawyer ProfileSocial Media
Alice Stubbs
Raleigh, NC Attorney with 30 years of experience
(919) 821-4711 150 Fayetteville Street, Suite 1800
Raleigh, NC 27601
Divorce and Family
University of North Carolina School of Law
Show Preview
View Website View Lawyer Profile Email Lawyer
Alice C. Stubbs is a partner in the firm. She joined Tharrington Smith in 2006 after having served for eight years as a Wake County District Court judge. First appointed in 1997 by Governor Jim Hunt, she was elected to the judgeship in 1998 and 2002. During her time on the bench, Ms. Stubbs presided primarily in domestic court. She was certified as a juvenile judge in 2001 and was designated and presided as a family court judge from 2002 until she came to Tharrington Smith.

Ms. Stubbs is a native of New Bern. She graduated from Phillips Academy in Andover,...
Compare Save
FAQ Lawyers Get Listed