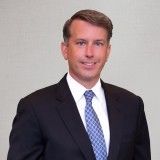 
Medical Malpractice
DePaul College of Law
Compare Save
Show Preview
View Website View Lawyer Profile Email Lawyer
Paul D. Richter is an experienced trial attorney who has spent over 20 years practicing personal injury & wrongful death litigation. His career has been dedicated to representing those who have suffered serious, life-altering injuries caused by the negligence of others and seeking justice for the families of those victims who have lost their lives due to negligence. Paul has successfully resolved multiple personal injury & wrongful death lawsuits, including cases of nursing home abuse & neglect; medical malpractice; commercial & private aviation crashes; accidents involving semi tractor-trailer trucks, watercraft, & other motor vehicles; construction accidents, & negligently manufactured and/or... 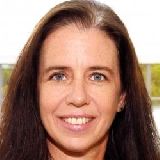 IP and Trademarks
University of Miami School of Law
Compare Save
Show Preview
View Lawyer Profile Email Lawyer
Ms. Richter is a graduate of The University of Miami School of Law, cum laude, where she was Associate Editor of the Inter-American Law Review. Her experience includes a prestigious internship at the United States Patent and Trademark Office under the tutelage of now TTAB Judge Thomas Shaw. Ms. Richter is also General Counsel to the Harvey Milk Foundation where, among other matters, she handles the global protection and publicity rights of the slain gay rights activist on behalf of the Milk family and the Foundation. She also has extensive experience protecting brands in the highly competitive gaming industry. Prior...
Next
FAQ Lawyers Get Listed