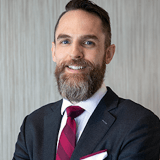 Claimed Lawyer ProfileOffers Video ConferencingSocial Media
Michael Lai Howard
Dallas, TX Lawyer with 16 years of experience
(214) 296-2221 3010 LBJ Freeway, Suite 1200
Dallas, TX 75234
Offers Video Conferencing Video ConfCriminal and Personal Injury
SMU Dedman School of Law
Compare Save
Show Preview
View Website View Lawyer Profile Email Lawyer
I grew up in Dallas and have lived in Texas all my life. Most people say they go to law school to "make a difference," but I actually walked the walk. After graduating from SMU Dedman School of Law, I began my career at Legal Aid of NorthWest Texas fighting for Dallas's homeless population, standing up against slumlords, and businesses that take advantage of Dallas's most vulnerable citizens. From there I went to the Public Defender's Office where I represented people who couldn't afford an attorney who were facing criminal charges. During my time as an assistant public defender I... 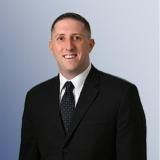 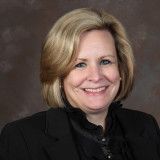 Claimed Lawyer Profile
Christy McFaul Saunders
Westminster, MD Lawyer with 32 years of experience
(443) 289-9235 231 E. Main St
Westminster, MD 21157
Free ConsultationDivorce, Domestic Violence and Family
University of Maryland - Baltimore
Compare Save
Show Preview
View Website View Lawyer Profile Email Lawyer
Christy McFaul Saunders, a 1988 Graduate of the University of Maryland, began her career as a judicial law clerk in Baltimore and by 1990 was an Assistant State’s Attorney for Carroll County, serving the county for the next five years. In her role as ADA for Carroll County she tried a variety of cases to include DUI, child abuse, and homicide.

From 1995-1996, Christy served as the District Court Division Supervisor for Frederick County and was a member of the homicide team. In 1996, she joined Hickman, Ulsch & Honiker and quickly rose to partner in 1997 creating Ulsch, McFaul Saunders and...
FAQ Lawyers Get Listed