Offers Video ConferencingVideo ConfCivil Rights, Divorce, Estate Planning and Family
Hugh Wooding Law School
Show Preview
View Website View Lawyer Profile Email Lawyer
Mr. George is the principal attorney of the firm. He has a strong sense of social service and is a founding member and former Chairman of Crimestoppers Trinidad and Tobago, a nationwide initiative to reduce the spate and rate of crime in our twin islands. It is a project with which the Trinidad and Tobago Chamber of Commerce and the Bankers Association of Trinidad and Tobago are closely aligned.
Compare Save

Claimed Lawyer ProfileOffers Video ConferencingSocial Media
James D George
Columbia, SC Attorney with 3 years of experience
(803) 929-3600 2801 Devine Street
Suite 300
Columbia, SC 29205
Free ConsultationOffers Video ConferencingVideo ConfPersonal Injury
University of South Carolina School of Law
Show Preview
View Website View Lawyer Profile Email Lawyer
James “Jamie” D. George, Jr. graduated from Presbyterian College in 2015 and graduated from the University of South Carolina School of Law in 2018. After his first year of law school, Jamie joined Chappell Smith & Arden as a law clerk, and he remained for the duration of his time in law school. After graduation and his admittance as a member of the South Carolina Bar, Jamie joined Chappell Smith & Arden as an attorney. In addition to practicing law, Jamie teaches as an adjunct professor at Presbyterian College. His course provides a survey of South Carolina Law.
Compare Save 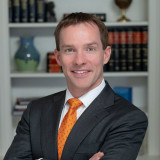 Immigration
University of Florida
Show Preview
View Website View Lawyer Profile Email Lawyer
Born in Gainesville, Florida, Evan D. George has over ten years experience in immigration law, including three years with a premier immigration firm in New York City, NY, Masliah & Soloway, PC. In February 2008, Mr. George started his own immigration law practice in Gainesville, Florida, where he represents individuals in all areas of immigration and deportation defense. Mr. George provides pro-bono legal services to indigent asylum seekers and battered migrant women. He is a member of the Florida Bar, is an active member of the American Immigration Lawyers Association (AILA) and has served as an adjunct...
Compare Save

Claimed Lawyer ProfileSocial Media
Alyson M George
Tampa, FL Lawyer with 14 years of experience
(813) 513-3218 2102 W. Cass St.
Suite 103
Tampa, FL 33606
Free ConsultationCriminal and Personal Injury
Stetson University College of Law
Show Preview
View Website View Lawyer Profile Email Lawyer
Ms. George began her career as a defense attorney, defending claims made against the largest automobile insurance carrier in Florida and its insureds. Although she gained invaluable experience and knowledge in that position, she quickly realized that she would be better suited fighting for the rights of those who are injured instead of defending a billion dollar insurance carrier. Armed with the knowledge of how insurance carriers evaluate and defend claims, Ms. George joined a prominent Clearwater personal injury firm as a litigation attorney handling various types of cases including: car accidents (including those involving DUI/punitive damages), slip/trip...
Compare Save

Claimed Lawyer ProfileSocial Media
Janet George
Seattle, WA Attorney with 46 years of experience
(206) 397-0399 1501 4th Avenue, Suite 1750
Seattle, WA 9811
Divorce and Family
University of Puget Sound
Show Preview
View Website View Lawyer Profile Email Lawyer
Janet George has been practicing family law for over 35 years and is widely recognized as one of the top family law attorneys in the state of Washington. She limits her practice to complex, high asset and high income cases, including those involving property characterization, business valuations, and the distribution of multi-million dollar estates. She has represented high net worth individuals across different fields, including business owners, corporate executives, legal and medical professionals, and professional athletes. 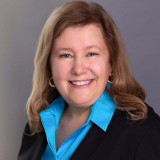